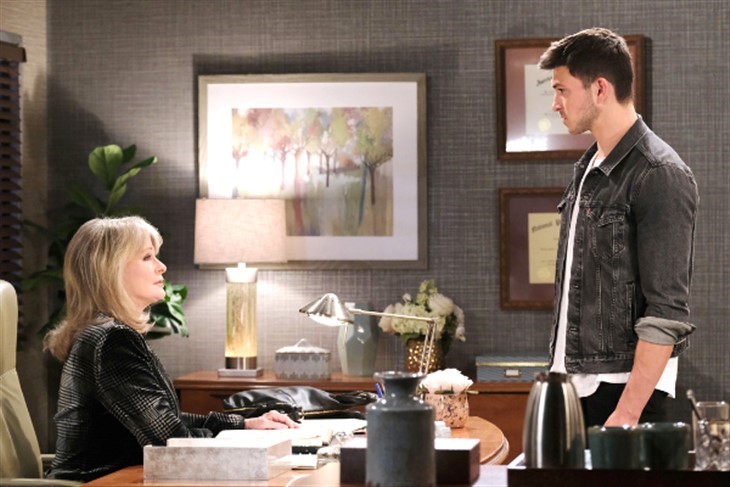 Days Of Our Lives (DOOL) spoilers and updates tease Deidre Hall recently let it slip that her character will be free of the devil after a Christmas miracle. This is good news for viewers who have been wondering when it all would come to an end.

When Marlena Evans was possessed by the devil 25 years ago it began near Halloween. The storyline was supposed to end with a Christmas miracle but was carried over until Easter. DOOL recently allowed the demon to enter Dr. Evans for the second time and fans have been wondering how long the storyline will go on this time around. On Monday, Deidre Hall said it would be around Christmas.

Days Of Our Lives Spoilers (DOOL): Ben And Ciara’s Baby Is Targeted By Devil Doc

DOOL Spoilers – Ben Weston And Marlena Evans Are The Focus

Marlena is not the central focus of the evil as the devil has taken an interest in the child that Ben Weston (Robert Scott Wilson) and Ciara Brady Weston (Victoria Konefal) just conceived. Wilson was with Evans on Monday when during an interview with Kelly Clarkson. Hall revealed that the possession would end with a Christmas miracle. She added that the Days Of Our Lives cast had just finished taping some exciting scenes and before she could elaborate Clarkson interrupted her.

Days Of Our Lives Spoilers- Will It Really Be Over?

This interruption might have been planned, and Hall may never have been going to reveal anything. Spoilers will be releasing information related to the Christmas miracle as it becomes available but at this present time there has been no confirmation for what Hall said. If DOOL has completed the possession and Marlena has been exorcised, the taped scenes will air in December. Once she is free, however, it does not indicate that the danger is over. Ben and Ciara’s baby won’t be born until the summer so there the devil’s plans involving the child could not take place by December.

DOOL Spoilers- Life In Salem Is About To Change

The devil first possessed Doug Williams and caused such out of character that his loved ones thought he had dementia. The evil entity caused the French doors to open and the wind to blow things around at Ben and Ciara’s. Spoilers promise that more shocking things are in store and life for Salemites is about to change. The Christmas miracle will more than likely involve John Black or someone else in Salem performing an exorcism.