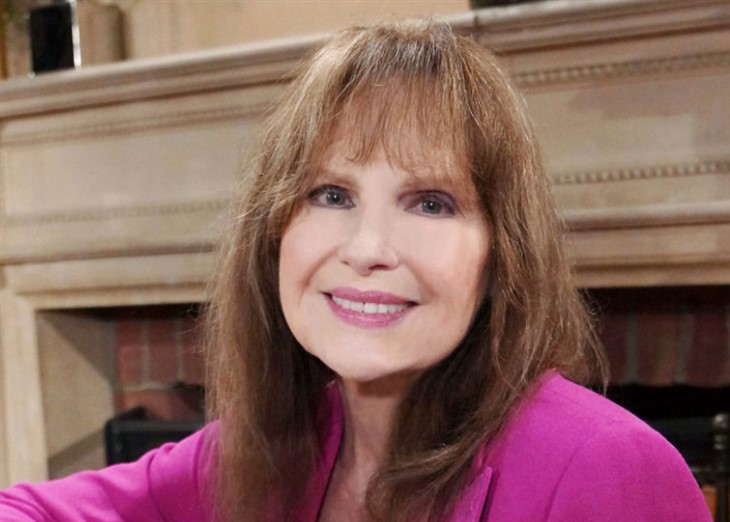 The Young and the Restless spoilers and updates tease Janice Lynde reprised her role as Leslie Brooks on the daytime drama. The actress said she was “bombarded with wonderful memories when she returned to the set.

Seeing an original cast member return to the show doesn’t happen every day, which is why Janice Lynde was so excited to portray her role once again. This week, the actress reappeared on the canvas after being away for several years.

Lynde felt like she was coming home even though she wasn’t “technically in Genoa City.” Lynde’s alter ego showed up to play at the wedding of Victoria Newman (Amelia Heinle) and Ashland Locke Locke (Richard Burgi). The actress surmised the Nikki and Victor may have kept in touch with her alter ego after all these years. She’s happy to learn that “Leslie is still alive and well out there in the world!”

Y&R Spoilers – Did She Struggle To Reprise Her Role?

When asked how it was for her to portray her alter ego once again, the actress said that she didn’t have a hard time. Lynde explained that she shared a lot of similarities with her character except for the part when she was locked in a mental institution.

“I was a concert pianist when I joined the show, and we were doing performances regularly. We were known as the musical soap at the time,” Lynde recalled.

During her time, John McCook played the role of Lance and when they shared a scene, they would “burst into song all the time.” Each character had their own musical theme and the episodes were like a Hollywood movie.

The Young And The Restless Spoilers – Meeting Cast Members

The actress shared that she had goosebumps when she returned to the set. It brought back wonderful memories. She made a quick visit in the past but it’s just now that she got to talk to other cast members particularly Eric Braeden and Melody Thomas Scott.

She spent four years on the show but Braeden and Scott were in for four decades. So if the powers that be would ask her to return on a more regular basis, the actress said she’d love that. Lynde added that she’s thrilled that someone at the show still remembered her character. Her character “could be connected to literally any storyline.” The actress is just glad that Leslie is “alive and connected all these years.”