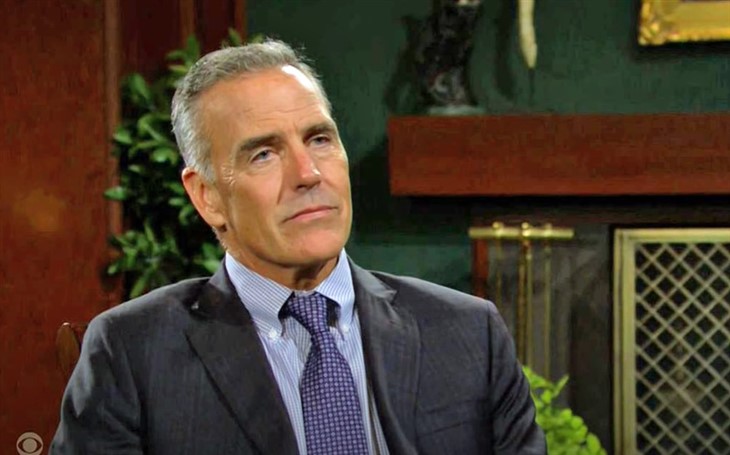 The Young and the Restless (Y&R) spoilers document that Y&R’s online cast list appears to offer a clue about Richard Burgi’s (Ashland Locke) future on the show. It is a subjective take but one that is worth considering.

Burgi was listed as the last photo in the alphabetically listing until this week when his headshot was moved to the top row in the cast list. The first letter of his last name could have put him toward the top from the beginning if he was initially hired as a regular player, which he apparently was not. However, Burgi’s photo now appears with the other cast members in alphabetical order.

The same is true for Reylynn Caster (Faith Newman) and Jacob Aaron Gaines (Moses Winters), both of whom also previously appeared on the bottom row out of alphabetical order with Burgi. Rory Gibson (the recast for Noah Newman) was is also included in the alphabetical cast listing.

The Young And The Restless Spoilers – Timing Is Always Key

It is fair to believe that TPTB did not want to tip the audience off by moving Burgi into the alphabetical listing before the Vashland wedding happened. Doing so would have taken away the element of surprise.

Ashland is believed to be dying of terminal cancer. However, he began receiving treatments because of Victoria Newman’s (Amelia Heinle) influence.

At the same time, Ashland’s criminal past was a secret. But he has seemingly divulged his entire backstory before the nuptials, much to Billy Abbott’s (Jason Thompson) chagrin. Doing so can be seen as a sign that Burgi is not a short-term cast member.

Michelle Stafford (Phyllis Summers) debuted on Y&R a quarter-century ago. The actor was originally contracted for a short-term stint.

Phyllis was introduced as an obsessed fan in 1994. Danny Romalotti (Michael Damian) was the rock star she was fixated on.

Stafford’s performances were outstanding. So, her contract was extended with Phyllis eventually becoming a mainstay in Genoa City, Wisconsin.

There are other actors’ histories that could be referenced, proving that plans can be open or change, depending upon circumstances.

Ashland was introduced as Tara Locke’s (Elizabeth Leiner) husband. He was believed to be Harrison Locke’s (Kellen Enriquez) father but was later revealed as his stepfather, which Burgi’s character never knew.

Stafford created an iconic character. So, she and Burgi are not equal comparisons, as Ashland only debuted in March.

Bobby Defranco is Ashland’s true identity. Victoria Newman Locke has become his wife. Victor Newman (Eric Braeden) backs his son-in-law, who is his partner, along with Adam Newman (Mark Grossman) at Newman Media. Ashland is also the co-head of the merged Newman-Locke.

So, Burgi’s performances and the response of the audience imply that he has become a regular on Y&R.