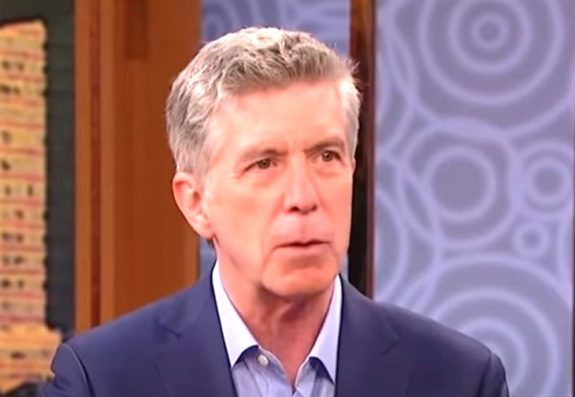 Former Dancing With The Stars Host Tom Bergeron Not Surprised By Dismissal of DWTS Season 28 he was pretty much over all of it. “So at the end of the season that turned out to be my last season, I kind of knew. I took everything out of my dressing room that I really wanted. … It was kind of obvious that we were kind of butting heads.”

Tom Bergeron was the OG host, while Erin joined the show at Season 18. Bergeron saw a lot over the years, but his final season with Trump’s ex-press secretary, Sean Spicer, didn’t sit well with him.

Regarding that last season, he admitted that the experience wasn’t “pleasant.” Turns out, he and some of the newer producers did not “see eye-to-eye” with how to present the show. But Bergeron is far from sour about his experience. “They’re entitled to do the show the way they think is best. And so I look back at the time I spent there with really great fondness for the vast majority of it.”

Dancing With The Stars  Spoilers – Getting Fired Was Fun For Bergeron, Andrews

After he reiterated how he was not surprised at being fired, he revealed to Bob Saget that he had fun. “I wasn’t surprised that that was my last season, so there was no blue period. Actually, I think Erin and I had more fun being fired than virtually anybody.”

Dancing With The Stars Spoilers – Still Has Great Talent

The affable Bergeron reminded Saget that there are still some good friends on the ABC show. Although he lost his job, he wants people to keep watching so that they keep their jobs.

“And also there are people there on the show performing that I still care about, and I want them to have long careers. I want people to still watch it and support them and understand that sure, it’s different. But, you know, there’s still very talented people who were going to be on on your screens.”

Are you watching Dancing With The Stars Season 30?