The Young And The Restless Spoilers: Adam Newman And Sally Spectra Get Closer-Kindred Spirits Unite 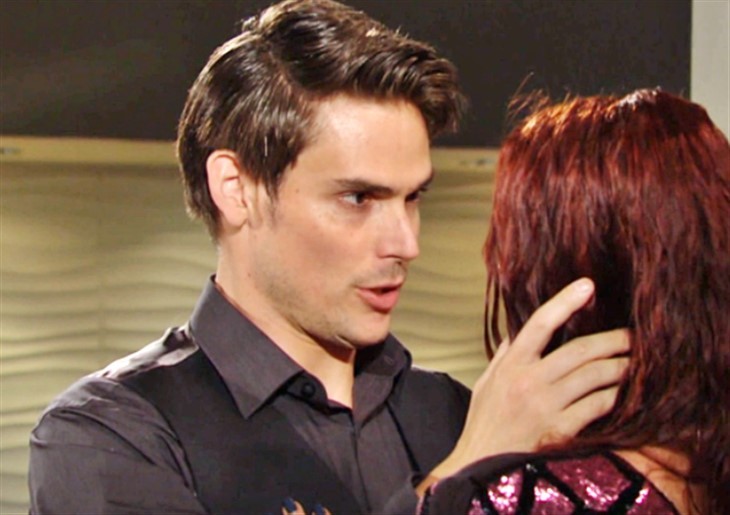 The Young And The Restless Spoilers – The Wedding And Reception Are Through, And It’s Time To Relax

Viewers of The Young and The Restless will recall that the time before Ashland Locke (Richard Burgi) and Victoria Newman (Amelia Heinle) finally made it through their wedding and reception, it was pretty stressful. Sally had designed a dress more fitting to Victoria, and with Adam’s help managed to pull off the great switcheroo!

Sally had her doubts for a minute but managed to sell Victoria on trying on the dress, after explaining that while Lauren Fenmore Baldwin’s (Tracey E. Bregman) dress was good, it was not the best it could be for Victoria. Victoria bought the spiel, wore the dress, and it was a huge hit! It gave both Sally and Newman Media great publicity. Viewers of The Young and The Restless will recall that it was a win-win for all and a great time for the Newman family. Now, it’s time to relax, and Adam goes to his suite in the Newman Palazzo to relax.

Viewers of The Young and The Restless know that actually, Sally can mix with pretty much any type of crowd, although there are certain people who she’s uncomfortable around. Viewers of The Young and The Restless know those are people, in most cases, that Sally has crossed. She finds herself in the middle of a roomful of disapproving glances, once the hoopla about the dress is done, or at least that’s what she decides to tell Adam when she goes looking for him. Adam lets her in, but his story is that he looked for her but she laughs and doesn’t believe him. Sally even teasingly calls him a liar! Adam actually had just wanted some time to himself so at first, he tells her he really doesn’t want any company right then. That doesn’t stop Sally, who is determined to spend some time alone with Adam. Adam and Sally are actually quite a bit alike in many ways, with both having made some major mistakes and being considered pariahs in their pasts, and also both very stubborn and determined to do things their way!

The Young And The Restless Spoilers – Sally Spectra Knows What She Wants, And It’s Adam Newman

Viewers of The Young and The Restless will have noticed that shy is not a word that has ever described Sally Spectra! She just barges through the door past Adam and pours herself a drink. She wants them to celebrate their success together, and Adam gives in. He toasts both her talent and her determination, and admits that he was really impressed that she was able to pull off her plans.

He thinks that possibly the success of the wedding dress and Victoria’s decision to wear it might cause his family to come around and give her a chance. Viewers of The Young and The Restless have also noticed that there is a decided attraction between Adam and Sally, and she’s eager to take advantage of it! She tells Adam that there is only one Newman’s opinion that she is interested in, and it’s his, as she becomes flirtatious.

The Young And The Restless News: Melody Scott Thomas Has Something To Celebratehttps://t.co/By9R1bBAZw

Y&R Spoilers – Is Any Time A Good Time?

Viewers of The Young and The Restless know that there are many reasons why it would be a bad idea to become romantically involved, but some of it might just be bad timing. After all, Adam is fresh out of a relationship with Chelsea Lawson (Melissa Claire Egan) and there is the issue of their breakup and how it will affect their son Connor Newman (Judah Mackey).

However, viewers of The Young and The Restless will recall that he was impressed when Connor ran off to Chancellor Park and Sally was able to calm him down and of course followed up with a call that the little guy was there by himself. Sally thinks it’s a good idea and a good time for Adam to move on, and the two wind up in a sexy clinch!