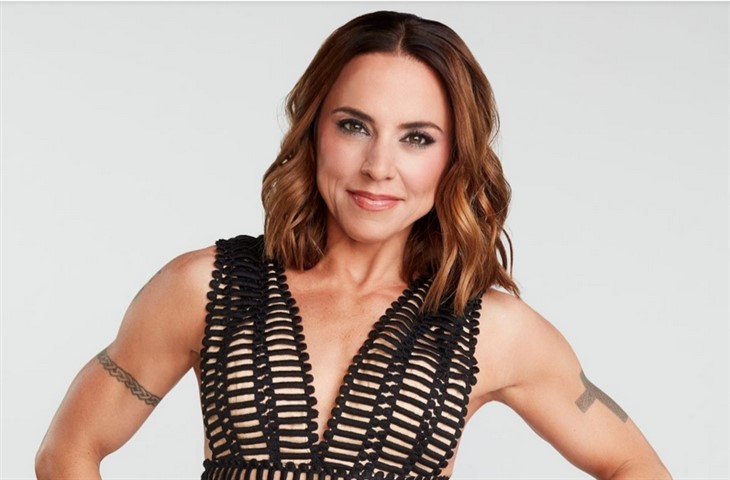 Dancing With The Stars (DWTS) aired its first episode for season 30 on September Sept. 20, 2021. And since then, the popular prime-time dancing competition show has repeatedly dazzled us with its current competitors!

But for Spice Girl Melanie C, life on the Dancing With The Stars floor has provided some unexpected challenges. Find out what Mel C just revealed below.

Spice Girl Melanie C may at first have assumed that her experience would help her succeed on DWTS.

But as she quickly learned, competing with a group of contestants ranging from dancer and singer Jojo Siwa to Olympics gold medalist Suni Lee made her feel nervous rather than confident.

As a result, Melanie found herself facing criticisms from the DWTS judges. For instance, judge Carrie Ann Inaba recently told the Spice Girl that her dancing appears forced.

Responding to Carrie Ann’s feedback, Melanie C made a surprising confession, per Parade.

“I get tense,” she admitted.

As a result, Mel C views her tension as “one of the biggest things that [pro partner Gleb Savchenko] and I try to work on.”

But the Spice Girl took time to defend herself as “capable of a lot as a dancer.”

With that said, she also noted that she gets herself “all stressed out.”

And Mel C took time to “take on board” all of the judges’ criticisms.

“I will continue to try to chill out a little bit,” she promised.

As The Spice Girls get close to their 25th anniversary, Melanie C also shared her biggest challenge.

As a result of her age, the Spice Girl feels that she’s not positive her body can handle what DWTS demands!

“I trained as a dancer until I was 19,” revealed Melanie. “Obviously, I was young, I was fit, I was very ambitious, I was very courageous.”

But now, at 47, the singer known as Sporty Spice looks back on a lifetime of “serious injuries.”

And she confessed that she no longer possesses “the confidence in my body that I did in my 20s and sometimes I think that holds me back.”

(Warning: Disney Week spoilers ahead if you haven’t seen the latest DWTS episodes!)

With Disney Week scheduled for the fourth week of DWTS competition, Mel C admitted she felt concerned ahead of time.

“I do think people forget that I’m 47. I’m not that far away from 50, so even though I look super fit and strong, I’m still one of the more mature ladies in the show,” pointed out Sporty Spice.

And the DWTS contestant described the two dances required for Disney Week as “quite daunting.”

For their hero dance, Mel C and Gleb performed jazz to “Step In Time” from Mary Poppins.

Calling it “really old school,” the Spice Girl delighted in the opportunity to perform to a “classic.”

Next up, the villain dance.

And for that number, Sporty Spice and her pro partner chose the Viennese Waltz to “Once Upon A Dream” from Maleficent.

DWTS Spoilers – Mel C Gets Advice From Mel B!

In addition to appreciating the judges’ and her pro partner’s expertise, Melanie C contacted her pal Mel B. for tips.

As a result of placing second on DWTS, Mel B felt “so excited” when she learned that her fellow Spice Girl would follow in her dancing footsteps!

But while Mel C appreciated her friend’s advice to “enjoy it, just enjoy it,” she shared that she did get nervous living up to Mel B’s success.

Jimmie Allen Shares Emotional Tribute to His Late Father on Dancing with the Starshttps://t.co/0zo4Y45fwK

“I hope I do her and the rest of the Spice Girls proud,” summed up Melanie C.

“It’s lovely for me to just have this opportunity to be back in the U.S. and, remind people that it is the Spice Girls’ 25th anniversary this year of “Wannabe,” and the first album. So, I’m hoping that I can bring some spice to Dancing with the Stars.”

What do you think about Mel C’s chances on DWTS? Has this Spice Girl spiced up the show?!

Share your thoughts with us, and be sure to check back on our site for all the news about Dancing With The Stars Season 30.