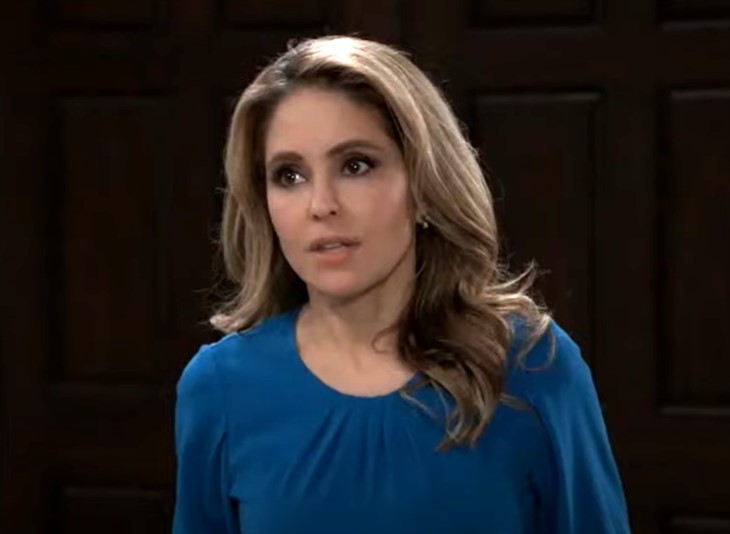 General Hospital viewers will recall that Olivia and Ned have been clashing over Leo Falconeri’s (Easton Rocket Sweda) suspected medical issues ever since Dr. Austin Gatlin-Holt (Roger Howarth) patched up his cut finger in a recent episode of General Hospital. Austin noticed that Leo didn’t appear to feel pain in his finger, which he’d sliced a bit on a soda can tab, and Austin gave him a fidget spinner which he focused in on to the exclusion of all else.

General Hospital (GH) Spoilers: Britt And Jason Reconcile, Forces Him To Choose Between Her And Carly?

Austin has been talking to Ned about his suspicions that Leo may be on the autism spectrum based on some of his symptoms. Austin never offered to treat him or really even diagnosed him, they were only suspicions. Austin advised Ned that Leo should be evaluated by a physician specializing in the autism spectrum. Ned followed up by doing research on autism and its symptoms, and found that Leo exhibited many of them. But Olivia just thinks her little boy is happy and perhaps a bit shy, and the last thing he needs is to be put under a microscope!

General Hospital viewers will recall that Olivia and Ned’s marriage has not been on good footing for quite a while. First there were the misunderstandings when Olivia went with Robert Scorpio (Tristan Rogers) to Monaco to help him look for his missing and presumed dead wife Holly Sutton Scorpio (Emma Samms). Granted, Olivia and Ned’s communications were manipulated by Brook Lynn Quartermaine (Amanda Setton) who was angry at her father at the time.

As a result Ned thought Olivia had run off with Robert as in an affair! Later, she revealed she’d been deleting messages between them and apologized, but the seeds of a real split were there. Olivia had been feeling neglected by Ned who was putting ELQ business ahead of her needs, as General Hospital viewers will recall. They have been working on their marriage and their communication ever since, but she feels where Leo and Austin’s suspicions are concerned, Ned isn’t even hearing her!

General Hospital viewers will have noticed that the possible issues with Leo and Ned and Olivia’s competing opinions on it have begun to cause an already wide chasm between them to widen even more! General Hospital viewers know that Ned and Olivia grew up in widely divergent backgrounds to begin with, but this insistence of Ned that her son’s behavior be put under a microscope causes her to question whether they should split up. Previously, she’d acknowledged that she and Ned were cut from different cloth and there were differences, although there was always some resentment over Ned’s tending to throw money at problems like the rest of the Quartermaines. Olivia is considering how this issue with Leo is different – and even more divisive. She ponders whether she and Ned should even stay together!