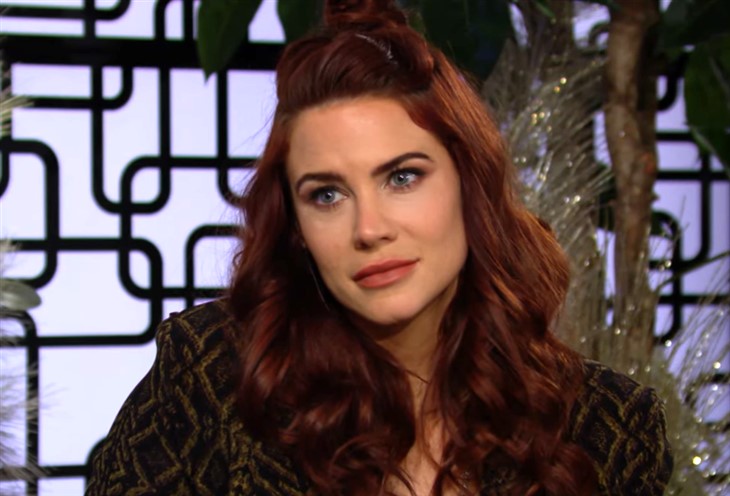 The Young and The Restless (Y&R) spoilers and updates tease Ms. Spectra is on top of the world since Victoria wore her wedding gown and gave her a hug. She believes she is winning over her enemies but her goal now is to get her man by any means possible. Sally is excited because she is getting closer to making this desire a reality.

The Young And The Restless Spoilers – Sally Spectra Is Feeling Victorious

Sally Spectra (Courtney Hope) has made some bad choices while in Genoa City and ruffled the feathers of the Newmans, Abbotts, and Lauren Fenmore Baldwin (Tracey E Bregman). Many Y&R viewers expected her to be run out of town but she has remained and thrived in spite of herself. Victoria Newman (Amelia Heinle) chose Sally’s wedding gown over the one Lauren’s designers made for her. Vicki thanked Sally and gave her a hug. There one more goal the redhead has in mind that will really put her on top of the world. Her ultimate victory will be to win over Adam Newman (Mark Grossman).

The Young And The Restless Spoilers: Adam Newman And Sally Spectra Get Closer-Kindred Spirits Unite

Adam has put Sally off on several occasions and insisted he does not want a romantic relationship with her. He is impressed that she won over his sister who chose Sally’s design. On Monday Adam will compliment Sally which will encourage her and on Tuesday she will make her move and pull him into a steamy kiss. They will be alone in his room so anything could happen.

Sally has flirted with Adam, wowed him with her designs, and befriended his son in an attempt to win him over. He has told her he doesn’t mix business with pleasure but she keeps trying to wear him down. He enjoys spending time with her and loves her tenacity. Each of them is fully aware of the faults of the other and spoilers tease that Sally might just get her man. All of her hard work in reinventing herself could pay off.

Spoilers say that Lauren will be angry with Chloe about the dress switch and demand answers. She may also decide to go directly to Sally and express how she feels. The Bottom line is that Victoria chose Sally’s design and everyone loves it. Even Nikki said her daughter made the right choice in gowns.

Be sure to catch up on everything happening with GH right now. Come back here often for The Young and The Restless spoilers, news, and updates.