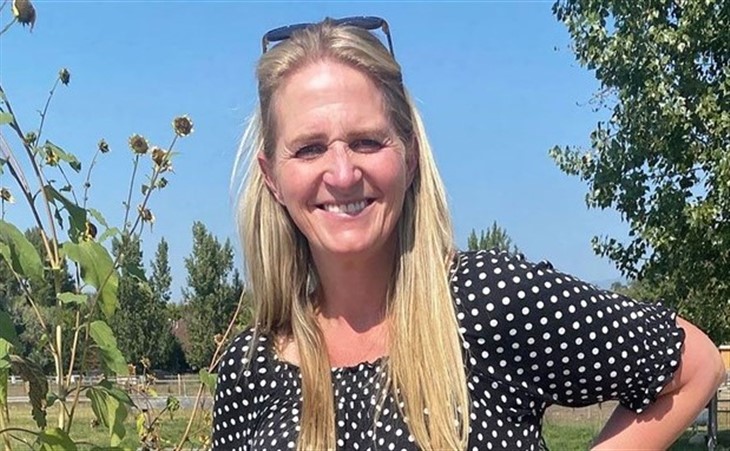 Sister Wives spoilers reveal star Christine Brown has been making headlines after reports claimed that she’s planning to leave the plural family. It all started when Christine proposed moving back to Utah during season 15. However, her idea was rejected by Kody and the other wives.
Now, reports are that Christine has finally moved to Utah after selling her Flagstaff home. Apparently, fans have been keeping their eyes close to Christine after her Flagstaff home got listed for sale online. Now, it seems that Christine has reached a deal and has finally moved to Utah for good.

At this point, Christine has yet to confirm if she did move to Utah. Her recent Instagram posts also suggest that she’s still in touch with the plural family, especially Janelle Brown, who recently traveled with her to Universal Studios.

Meanwhile, fans think that there’s a high possibility that Christine did move. Apparently, Christine has been so frustrated throughout the past seasons. She’s been wanting to get out of Flagstaff for quite some time now, and fans think that she finally did it.

Sister Wives star Christine Brown recently made headlines after reports claimed that her Flagstaff home got listed for sale online. There are also reports that Christine’s Flagstaff home got multiple offers, but most of them ended up falling through.

Meanwhile, there are rumors stating that Christine might move to their Coyote Pass land and live in an RV similar to Janelle Brown, as they shoot for their future episodes. There are also reports stating that Kody is about to start his massive housing project, which is why Christin had to sell her property for financial support.

TLC recently released a new teaser for Sister Wives Season 16. Apparently, the latest teaser showed how Christine Brown still wants to move back to Utah. It also appears that she’s getting more frustrated with Kody Brown and their dysfunctional family.

Fans also speculated that season 16 may be the last time fans will see Christine with the plural family, similar to Meri Brown, who’s been rumored to have left the family due to her struggling relationship with Kody Brown.