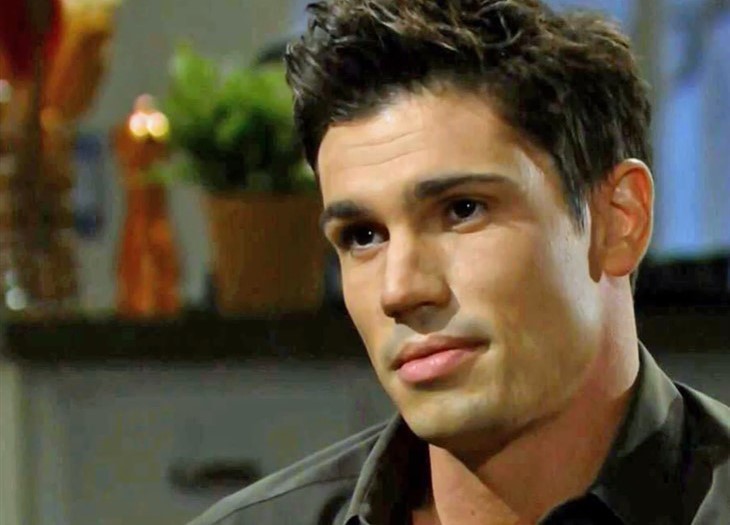 The Bold and the Beautiful (B&B) spoilers reveal Finn cannot ignore the bond he has with his birth mother and this will cause problems. He will soon be drawn into her latest scheme and possibly lose everything.

The Bold And The Beautiful Spoilers- Finn Hides Something From Steffy

Sheila Carter (Kimberlin Brown) will continue pushing for a relationship with her son John Finnegan (Tanner Novlan). Spoilers say that Finn will soon hide something from Steffy Forrester (Jacqueline MacInnes Wood) and will deal with guilt in the aftermath. The secret could be related to Hope Logan Spencer (Annika Noelle) since the two of them will begin confiding in one another but more than likely it has to do with his mother and his son.

Sheila will begin scheming and devise a plan that is twofold. She wants to spend time with her grandson Hayes Forrester Finnegan (Piper Harriot) and also push Steffy out of her son’s life. Sheila is dangerous but Finn does not know this first hand. He has listened to all the horror stories but has not seen his mother in action for himself.

The Bold And The Beautiful Spoilers – John Finn Finnegan Is Conflicted

Finn wants a relationship with his birth mother, and Sheila can sense it. Spoilers indicate that she will eventually wear him down which more than likely means she will convince her son to allow her to see Hayes. If Finn’s secret is not related to Sheila or Hope perhaps he might end up in a compromising situation with Paris Buckingham (Diamond White). Whatever happens, the secret will leave him conflicted.

When the secret is exposed it will cause more marital woes for Sinn. Should he give in to pressure from Sheila especially if it involves Hayes, Finn should not be surprised if Steffy takes steps to keep her son away from them both.

Days Our Lives Spoilers: Abe Deals With His New Relationships With Lani And Paulina