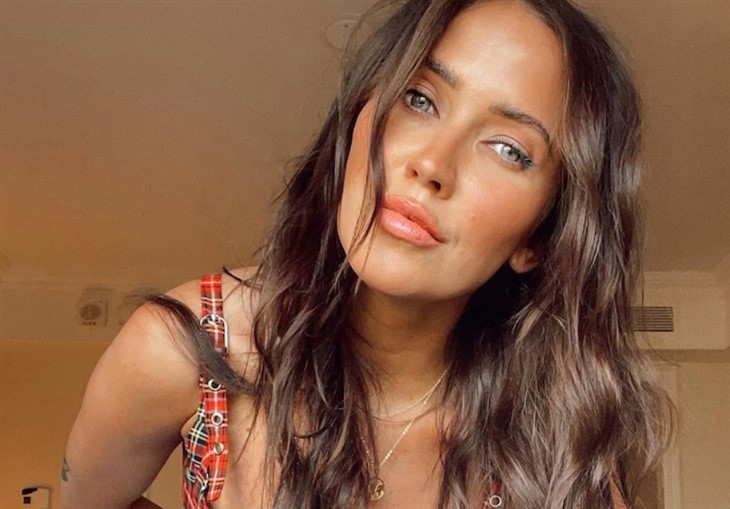 Dancing with the Stars (DWTS) spoilers reveal winner Kaitlyn Bristowe seemed very popular with Bachelor Nation fans. ABC fans were thrilled for her in Season 29 when she took away the Mirror Ball Trophy. However, these days, she’s not immune to people who troll on her. That’s despite her runaway success when she reached the Top 20 on iTunes with her song, “If I’m Being Honest.” Why did fans call her out as fake this weekend? Read on to find out.

When Hannah Brown danced so well in Season 28 of DWTS and took away the Mirror Ball Trophy, her many fans loved her for it. After all, she increasingly grew a big fan base from Bachelor Nation. Fans also liked that she seemed able to admit her insecurities, and seemed devoid of arrogance. Then with Kaitlyn, fans seemed happy for her as well, when she was chosen for the show.

When Dancing with the Stars contestant Kaitlyn Bristowe won the Mirror Ball Trophy with Artem Chigvintsev, fans were not so kind to her. After all, with two successive winners from Bachelor Nation, fans suspected the judges leaned in their favor to promote the ABC dating show. Also, prior to DWTS Kaitlyn seemed fresh and natural, sweet, and kind and hardly ever got trolled. However, that changed.

Kaitlyn Bristowe took to her Instagram on Sunday, October 17, and shared a photo of herself. While some fans told her that she looked on fire, others were way less kind. Plenty of fans slammed her for being fake. Kaitlyn captioned her photo with “Just a hint of glam.” Then she tagged “@emmawillishmu.” However, someone immediately complained that she acts like “Darcey and Stacey” these days. If you don’t know, the twins from 90 Day Fiance underwent lots of plastic surgery. 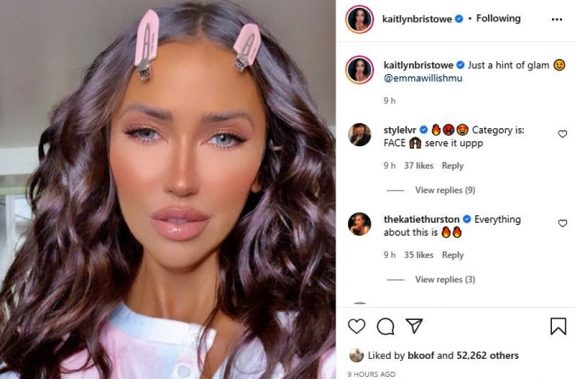 Some Dancing with the Stars fans thought that she probably didn’t get glammed up with plastic surgery. However, they complained that she uses filters way too much. One critic said to Kaitlyn, “Can everyone stop using filters.” Others agreed, and another fan who responded penned, “I agree why does everyone have to be so fake.” One irritated critic even suggested that she “doesn’t even look like herself.“

Dancing With The Stars Audience Predictions Were Way Off In Week 4 https://t.co/4QgkHBTtyP #DancingWithTheStars #RealityTV #abc pic.twitter.com/vXAmVYCJKc

In fairness to Kaitlyn Bristowe, a lot of fans really liked the photo. Some of the Bachelor Nation stars also commented nicely, like Madison Prewett. Meanwhile, Katie Thurston wrote, “Everything about this is 🔥🔥.”

What are your thoughts on the photo? Do think trolls were way too unkind to Kaitlyn? Sound off in the comments below.