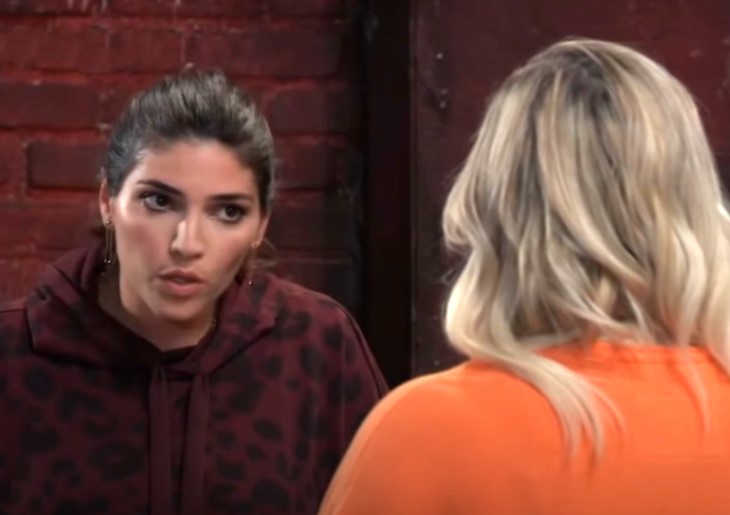 General Hospital (GH) spoilers tease that Maxie Jones (Kirsten Storm) and Brook Lynn Quartermaine (Amanda Setton) have become much closer these past few months. Maxie entrusted Brook Lynn to care for her little girl, and even to pretend she was her own, in order to help Maxie hide the baby from her criminal father,

Peter August (Wes Ramsey). But as the days have turned to weeks, even months, Brook Lynn has grown close to Maxie’s baby. All these months of caring for Maxie’s baby may very make Brook Lynn reluctant to return the baby.

Dr. Austin Gatlin-Holt (Roger Howarth) has already felt the wrath of Brook Lynn. She purposely drew it out of Austin that he believes that young Leo Falconeri (Easton Rocket Sweda) may have autism in order to keep him occupied so that he won’t be able to focus on his lawsuit against the Quartermaine family. But what if she decides to play just as dirty when it comes to keeping Maxie’s baby for herself. Ironically, it may be Austin who can help Maxie if that indeed does happen.

Viewers may recall that Austin delivered Maxie’s baby before being knocked out. When he awoke Maxie and Brook Lynn had already made the switch. But Austin has given hints that he may have heard the exchange take place. If that is the case. He may Maxie’s best shot in getting her baby back. If he does remember their exchange, he could testify that Maxie had her baby’s best interest at heart. That may be exactly what a judge needs to hear if it does come to a court battle.

But for now, Austin will be fighting tooth and nail to keep his medical license. It was a pretty devious thing for Brook Lynn to do, so it’s no telling exactly what she might do if she decided to keep Maxie’s baby as her own. Look for Austin to warn Maxie that all the faith she has put in Brook Lynn may not be warranted.

Will Maxie be able to claim her baby in the near future? Will Brook Lynn resist giving Maxie’s baby back? Will Austin save the day once again? Anything can happen in Port Charles so stay tuned to General Hospital airing weekdays on ABC. And don’t forget to check back right here regularly for all your General Hospital news, information and spoilers!