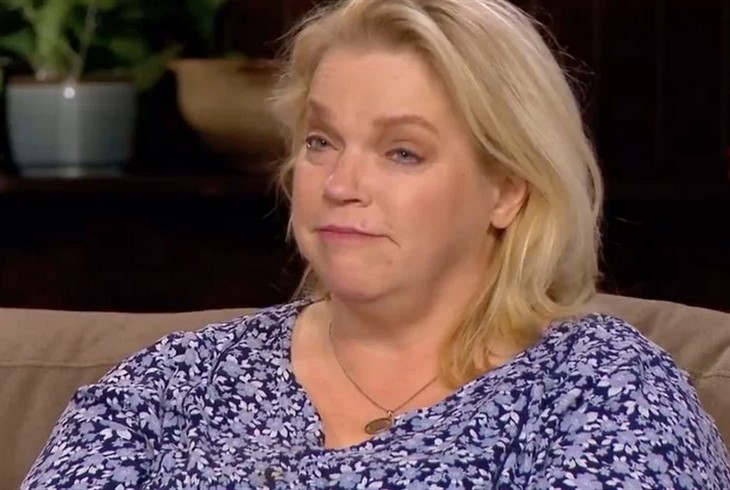 Sister Wives spoilers reveal star Janelle Brown is known for being one of Kody Brown’s calmest wives. Fans are also impressed by how Janelle almost never had any major fights with Kody and the wives. Due to this, she’s often dubbed as one of the strongest and frank wives of Kody.

She’s also loved for her DIY videos and how she makes her RV lifestyle look so enjoyable. However, despite the love she’s been receiving, it seems that Janelle is getting pushed to her limits in season 16. It even came to the point where Janelle cursed due to her frustration, which could be a hint that she’s leaving the plural family soon.

The latest teaser of Sister Wives Season 16 worries the fans as Janelle Brown is reaching her limits due to their struggles. Apparently, Kody Brown and his wives are arguing about their Covid-19 protocols. However, it seems that she’s getting frustrated about their limited life.

She even cursed in front of the cameras and said that she’s at her wit’s end. It also appears that Janelle is getting tired of their never-ending struggles as a plural family. According to reports, Kody and his wives have been dysfunctional since moving to Flagstaff.

Fans also think that Kody’s ways of trying to get his wives on the same page are making things worse.

Sister Wives star Janelle Brown has been praised for her living condition in Flagstaff. Apparently, Janelle is currently living in an RV in their Coyote Pass land. However, some think that Janelle’s living condition is not equal compared to the other wives.

According to reports, Robyn Brown is currently sitting in an $890,000 mansion in Flagstaff. Christine Brown also owns her own property. Meanwhile, Meri Brown has been thriving and going back and forth from Utah and Flagstaff to manage her B&B.

Due to this, fans think that Janelle’s living condition is too poor. However, Janelle herself made it clear that she’s been dreaming about living in an RV and she’s enjoying every second of it.

Sister Wives Spoilers – Will Kody Brown Be Able To Fix His Struggling Family?

The latest teaser of Sister Wives Season 16 made it clear things are falling apart for the plural family. Due to this, fans are hoping that Kody Brown will get his wives together before it gets worse.

Some think that Kody’s ambitious project will solve their problems once and for all, while others think that moving back to Utah is the best choice.
Keep checking Hollywood Hiccups for more Sister Wives spoilers, news, and updates.