The Young And The Restless (Y&R) Spoilers: Nick Backslides As Personal Connections Fail 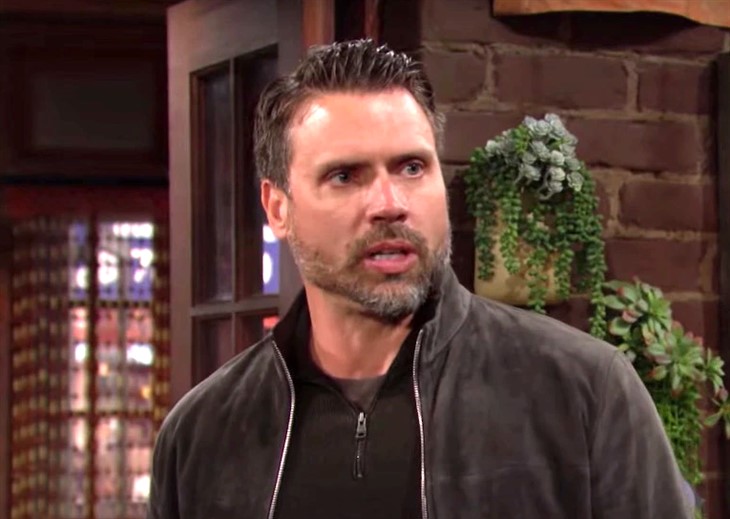 The Young and the Restless (Y&R) spoilers document that Nick Newman (Joshua Morrow) has suddenly been thrown off-course. He did not see it coming, but there is no denying that his family connections are fraying and the reestablished personal relationship with Phyllis Summers (Michelle Stafford) is endangered.

It is not that all is lost with Victoria Newman Locke (Amelia Heinle), Victor Newman (Eric Braeden), or Phyllis. But Nick reached clear inflection points during the time in Tuscany, Italy. Positive outcomes in all instances are in doubt.

Nick was not in a good mood as he was traveling to Milan, Italy. His hopes of enjoying the Skyle wedding, which was not seen by viewers, were overshadowed by the intel gain in New Jersey.

Use of the word gain is meant as a wink at the character Jamison Jones (Jesse Gaines) is playing. Nick’s awareness of Ashland’s backstory, which was furthered by a reporter in Toms River, New Jersey, led to an unexpected find during the Vashland nuptials. Jesse was in Phick’s room and had a story to tell.

Nick’s experience at his sister’s wedding was not good. He was not in sync with Phyllis, which was not her fault. Nick also felt Victoria did not want him there, which was based on his gnawing at Ashland’s personal history.

Y&R Spoilers – Getting Along With Adam Newman

All is well between Nick and Abby Newman Abbott Chancellor (Melissa Ordway), who is thousands of miles away in Genoa City, Wisconsin, and who he has not seen that often in recent months. Nikki Newman (Melody Thomas Scott) is lovingly encouraging her son to accept Victoria’s decision. So, Nick is good with his mom.

Victor has not harshly chided Nick but does sense that his oldest son will not relent. That has created some tension.

Ironically, the Newman who Nick is getting along with the best, besides his children, is Adam Newman (Mark Grossman). The standing truce between the brothers is real, which says a lot about how far Nick’s life has turned.

Hardcore viewers must think that Nick’s increasingly harsh treatment of Phyllis will create a consequence. In contrast to days gone by, Phyllis has not provoked Nick’s feelings.

Taking Phyllis’ love for granted will eventually lead to her response. A verbal confrontation would likely cause hurtful comments on both sides, with Phick’s sustainability being questioned at that point in the plot.