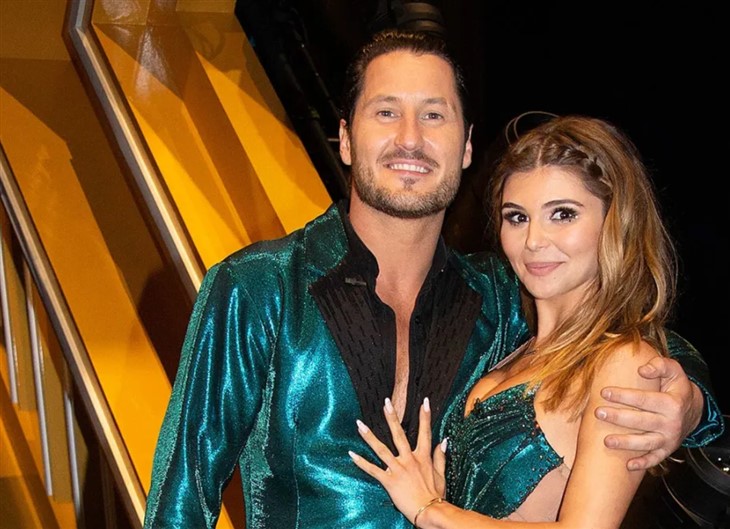 Dancing With The Stars (DWTS) spoilers reveal the show has seen its share of romances resulting from partnerships. For instance, model Alexis Ren famously confessed her affection for pro partner Alan Bersten. And DWTS duo Peta Murgatroyd and Maksim Chmerkovskiy waltzed their romance off the dance floor and down the wedding aisle.

As a result, DWTS viewers tend to look for hints of romance among partners each season. And some think they found DWTS season 30 romance in one unexpected couple. Find out who, and everything to know about the romance rumors below!

Olivia Jade knows all about the gossip mill. The YouTube influencer found herself facing a backlash after her mother Lori Loughlin got implicated in the college admissions scandal. As a result of that judge’s ruling, Lori and her husband Mossimo Giannulli received prison sentences.

And while romance rumors don’t compare to allegations resulting in a jail sentence, Olivia reportedly felt upset by the DWTS gossip, reported E News. The rumors started when a TikTok user claimed that Jade and her married professional dance partner Val Chmerkovskiy had moved outside the rehearsal room for some canoodling.

In the wake of the DWTS romance rumors, Olivia Jade headed to social media. And her response focused on clapping back at all the gossip.

“Hey guys, I just wanna clear the air before this goes any further or this video blows up anymore,” stated Jade. And she issued two reasons for seeking to silence the rumors sparked by the TikTok user.

“First of all, the woman that posted it blocked me. Someone had to send me this video,” revealed Lori Loughlin’s daughter. And second, Olivia declared herself to get “super blunt and straight up, and just say that Val and I are not hooking up. We’ve never hooked up.”

Calling all the rumors false, Olivia described her relationship with Val as a “genuinely good” friendship. And she also revealed that she knows and “adores” her pro partner’s wife. “It’s literally just a dance show and we’re just friends,” summed up Jade.

In addition to denying the reports about a romance with her DWTS partner, Olivia Jade shared her dismay with the backlash. “I’ve already obviously seen a ton of negative comments,” she revealed. “And I’d get it if it was true, but it’s not.”

As a result, Olivia issued a plea to Dancing With The Stars viewers. “Let’s end this here and let’s f–king dance and have fun on this show,” requested Jade. And with regard to the Tik-Tok user who started the rumors, Olivia added, “And not create lies especially when you also have almost 400k followers. It’s not cool.”

Since Olivia’s response, the original TikTok post got deleted. But that deletion didn’t stop the reactions. For instance, one fan wrote, “Val’s a professional and close & like this with ALL his past dance partners…most duos that go far on DWTS have chemistry and enjoy being friends.”

Thus far, Olivia and Val have achieved high scores. And some fans even think that the DWTS duo has a chance of coming in near the top. Will they take home the Mirrorball Trophy?