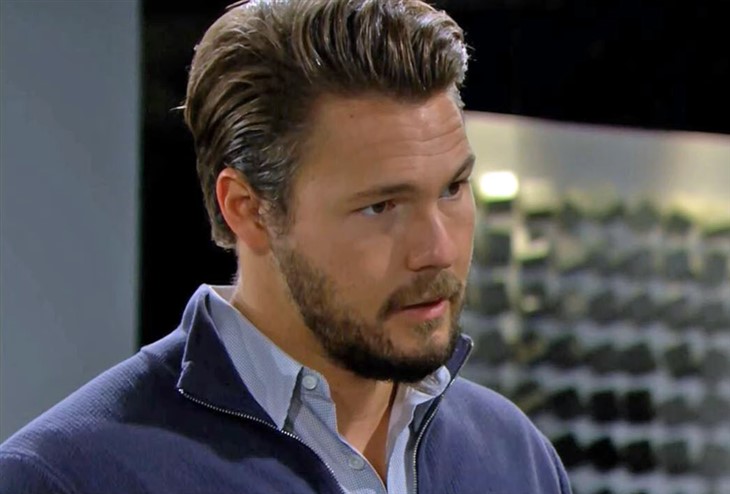 The Bold and the Beautiful (B&B) spoilers document that Brooke Logan Forrester (Katherine Kelly Lang) and Liam Spencer (Scott Clifton) have calmed down. Their approach toward Hope Spencer (Annika Noelle) is more nuanced, as they have had time to process Deacon Sharpe’s (Sean Kanan) return.

Being on Team Brooke and Liam means that someone believes Deacon has not and will never change his ways. He is, in effect, irredeemable.

Yes, there are personality types who think that way about other people. Among them are Brooke and Liam, who have done plenty wrong in their lives and redeemed themselves. So, their anti-Deacon stance, even if it proves out again, means that they are elitists.

Hope is a special person. Brooke knows that, as does her three-time husband.

Seven is also the number of men that Brooke has been married to in her life. Deacon was not one of them.

Deacon was married to the daughter (Bridget Forrester, played by Ashley Jones) she had with her first husband, Eric Forrester (John McCook). Brooke became involved with Deacon while he was married to Bridget.

Brooke is telling Hope that Deacon is unstable and can not be trusted. Okay.

Yes, Liam does love his wife. He is also committed to her, for now.

Fans know that Hope waged a battle with Steffy Forrester Finnegan (Jacqueline MacInnes Wood) for years. They fought over Liam, as he moved back and forth between both women in their lives.

Clifton’s character had children with Hope and Steffy, who he married three times, in a brief period of plot space. He was also married to Ivy Forrester (Ashleigh Brewer).

Liam is telling Hope that Deacon is unstable and can not be trusted. Okay.

Thomas Forrester (Matthew Atkinson) was obsessed with Hope for years. He appears to be over that and has developed respect for the woman he chose to become Douglas Forrester’s (Henry Samiri) adoptive mother.

The Bold And The Beautiful Spoilers: Katie Makes A Hard Decisionhttps://t.co/Lbrlj4ArAi

Like Brooke and Liam, Thomas is protective of Hope. However, he believes that she can think for herself. Brooke and Liam’s views come across as condescending because they do not share Thomas’ appreciation for Hope.

Reading glimpses of Brooke and Liam’s backstories in this feature does not automatically put someone on Team Deacon. But Brooke and Liam do not seem to realize that their aggressive approach could push Hope toward her dad.

Can Deacon reform? Anything is possible. Maybe Brooke and Liam will live differently than they have to date.