The Young And The Restless (Y&R) Spoilers: Tuscany’s Biggest Winners And Losers 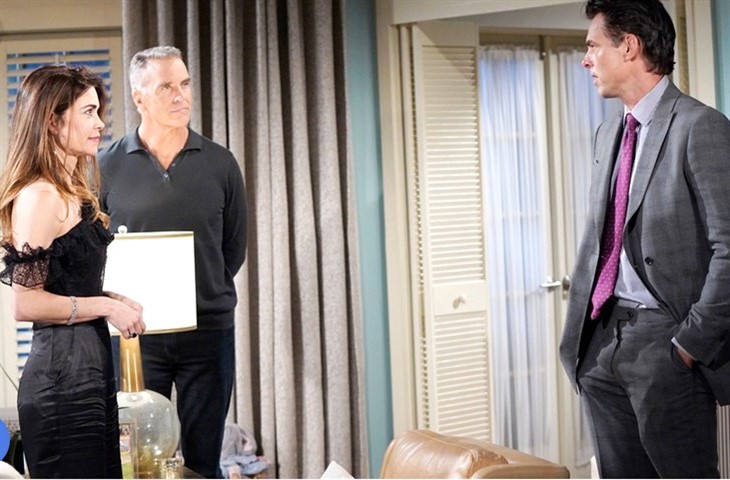 The Young and the Restless (Y&R) spoilers document that the Vashland wedding came off, with a few hitches. Fans of Victoria Newman-Locke (Amelia Heinle) and Ashland Locke (Richard Burgi) know that they entered the week facing some daunting odds but succeeded in finalizing their nuptials.

Ashland must be ranked as the biggest winner. As he has said, marrying Victoria makes him the luckiest man in the world.

Victoria proved her detractors wrong. Ashland proved his love to her. Together, Vashland now reigns in a combined mega-conglomerate.

The Young And The Restless (Y&R) Spoilers: Nick Backslides As Personal Connections Fail

The Young And The Restless Spoilers – Moving Past The Obvious

The happy couple is easily the biggest winner. So, let us consider family and guests who did well in the magnificent autumn setting.

Jack Abbott (Peter Bergman) called Sally Spectra (Courtney Hope) out once again. Jack also scored because of the inroads he is making with Phyllis.

As for Sally, her dress went over as she hoped. The hug from Victoria was affirmation ten-fold. Plus, Sally kissed Adam Newman (Mark Grossman) and now knows for sure that she is growing on him.

Nate Hastings (Sean Dominic) and Elena Dawson (Brytni Sarpy) had the time of their lives. They are officially part of the Newman contingent, with Nelena’s long-term love prospects looking increasingly optimistic.

Victor’s first-born son became a problem. Nick Newman’s (Joshua Morrow) chiding of his father signals another big battle could erupt, which is not good news.

Tessa Porter (Cait Fairbanks) reconnected with Noah Newman (Rory Gibson). Based on their conversations and developing events, this friend could become a renewed boyfriend soon.

Summer Newman-Abbott (Hunter King) and Kyle Abbott (Michael Mealor) were glad to be with their families. But they were forced to be around Sally. That took the shine off Skyle’s post-wedding glow.

Billy Abbott’s (Jason Thompson) failure to use Jesse’s dirt makes him a loser. Victor also threatened Billy-boy, telling him that all will be lost.

Phyllis Summers (Michelle Stafford) saw her relationship with Nick unravel in Italy. He could arguably be the biggest loser.

The efforts Nick made to help his sister were dashed. Plus, he feels like Phick is over, which leaves Nick reeling on family and personal fronts.