The Young And The Restless (Y&R) Spoilers: Courtney Hope Gets Marriage Advice 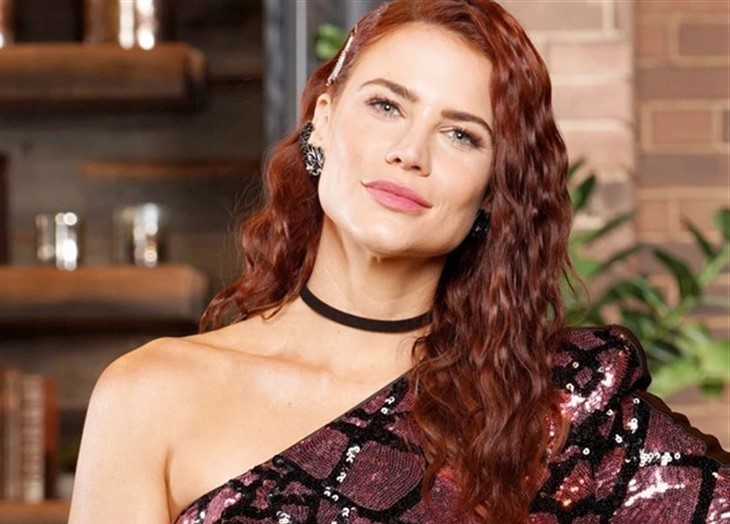 The Young and the Restless (Y&R) spoilers reveal things continuing to heat up between Adam Newman and Sally Spectra, while actress Courtney Hope has her own big event to plan now that her character got Victoria Newman to wear the wedding dress she designed.

Courtney Hope became engaged to General Hospital star Chad Duell (Michael Corinthos) on Valentine’s Day of this year and is excitedly planning her wedding. In an adorable tongue-in-cheek video released on The Young and the Restless’ social media pages, actors gave Hope some marriage advice — in character.

The video started with Peter Bergman as Jack Abbott, the man Sally was obsessed with until a few short months ago. Jack, who has been around the marriage block more than enough times, telling her to not let her family interfere with her marriage because that would be the kiss of death.

Eileen Davidson also put in an appearance as Jack’s younger sister, Ashley, who told Hope to make sure she does not marry a man with an evil twin because Ashley did that and it didn’t work out very well for her when she wed Blade (Michael Tylo) and he had a twin brother, Rick.

Y&R Spoilers – Don’t Give Away Your Wedding, Courtney

When Elizabeth Hendrickson made an appearance as Chloe, she advised her to never give her wedding to someone else, especially if that someone else is your ex-husband and his new love. That’s exactly what Chloe did when she gave her wedding to Kevin (Greg Rikaart) to Billy Abbott (then-Billy Miller) and Victoria Newman.

Speaking of Victoria, Amelia Heinle had some in-character advice that lines up with the latest move Vicky just made. Always marry someone who you know won’t be around for long. After all, Ashland Locke is allegedly dying of cancer.

Finally came Michelle Stafford as Phyllis and Christian J. Le Blanc and Mishael Morgan as lawyers, Michael Baldwin and Amanda Sinclair. Phyllis just said not to get married and the two attorney characters told her to get a prenup, stat. Stay tuned to The Young and the Restless weekdays to see if Sally takes any of the advice given to Courtney Hope.