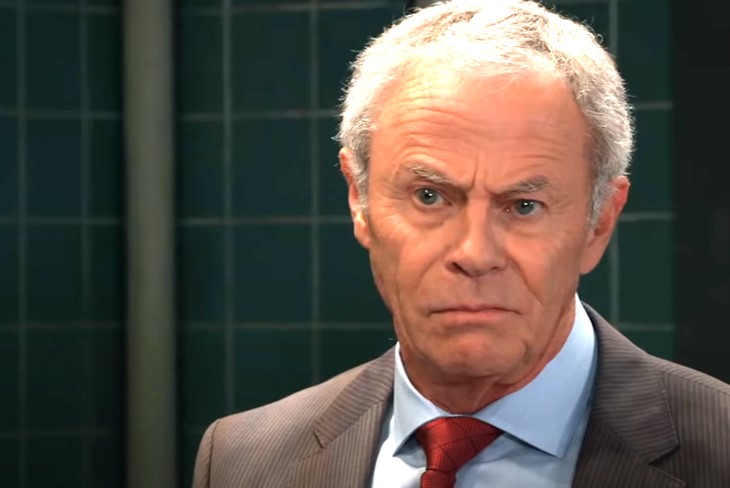 General Hospital (GH) spoilers tease that the dead aren’t always as dead as they appear in Port Charles. Take Drew Cain (Cameron Mathison) for instance. Port Charles residents have believed Drew to be dead ever since his plane apparently went down overseas.

But Drew has recently turned up alive, a captive of Peter August (Wes Ramsey) and Victor Cassadine (Charles Shaughnessy). But Drew isn’t the only one, and Victor may just be the key to finding yet another thought dead former resident of Port Charles.

As viewers know, Robert received a distress call from Holly Sutton (Emma Samms) over a year ago. He and Olivia Falconeri (Lisa LoCicero) went to Monte Carlo after tracing the call. But all they turned up was dead body in a shallow grave that they believed was Holly. But Holly was later shown to be someone’s captive. All signs pointed to that person being Victor as well. This became even more likely when Chloe Jennings (Phoebe Kuhlman) told Drew that another, female hostage was at the compound. But in a recent sweep of the compound, Holly was nowhere to be found.

It seems entirely likely that Holly was a prisoner at the compound but she may have been moved. Victor was recently taken into custody and transported to Port Charles. He certainly doesn’t plan to go to jail, so he’s likely going to ask for an immunity deal. But what information could Victor have that would be valuable to authorities. The answer to that is the whereabouts of Holly Sutton!

Is Holly Sutton still alive? Did Victor have her all this time? And is she now working a con for him in exchange for her freedom? Anything can happen in Port Charles so stay tuned to General Hospital airing weekdays on ABC. And don’t forget to check back right here regularly for all your General Hospital news, information and spoilers!