The Young And The Restless (Y&R) Spoilers: Sally Has No Regrets, Adam Drawn To The Flame 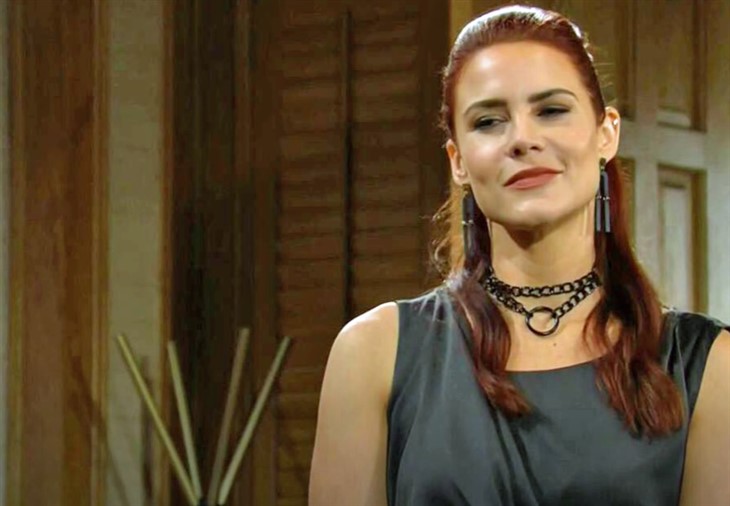 The Young and the Restless (Y&R) spoilers document that Sally Spectra II (Courtney Hope) felt something when Lauren Fenmore Baldwin (Tracey Bregman) was chewing her out in front of Chloe Mitchell (Elizabeth Hendrickson) at Crimson Lights. It was more discomfort than shame.

Sally’s plan, when moving from Los Angeles, California, to Genoa City, Wisconsin, was to revive her fashion fortunes. Check.

Hope’s crossover character from The Bold and the Beautiful also wanted to find a new man to love, with progress being made on that front as well.

Lauren sustained her family business by playing hardball. She did not collaborate with like minds, giving away earned market share or the bulk of her profits to whatever causes were trendy at the time.

Fenmore’s is a major player in the retail world. Spectra Fashions, in contrast, went out of business in LA.

Sally’s family legacy was built by her aunt and namesake, Sally Spectra I (Darlene Conley). She borrowed Forrester Creations’ designs and made them into her own. Some would rightly tag that as intellectual theft.

Y&R Spoilers – Fighting To Survive And Then Get Ahead

Sally (meaning Hope’s alter ego from here on) inherited and developed the feisty, fighter elements that have long coursed through her family veins. Leaving LA was hard but Sally is a survivor.

The fight to survive included accepting an assistant’s position with Lauren, who took a liking to Sally. But, as she is prone to do, Sally’s drive proved too aggressive and Lauren eventually was compelled to fire her with flair.

The loss of Jack Abbott’s (Peter Bergman) trust meant that Sally’s search for love was paused. But it was not stopped. Enter Adam Newman (Mark Grossman) stage right, as in Mr. Right.

Adam is a great match for Sally because he has shifted into a far more mature gear in recent months. The last viewers saw him this controlled he was embodied by Justin Hartley (Adam).

Sally is open to Adam’s offered advice and would be wise to implement it. Adam’s challenge will be to handle romantic matters slowly, as Sally offers an irresistible appeal and relentless opportunities to get into trouble.

Ally is a great soapy idea that Y&R seems destined to realize. With it will come limitless possibilities for great drama in daytime.