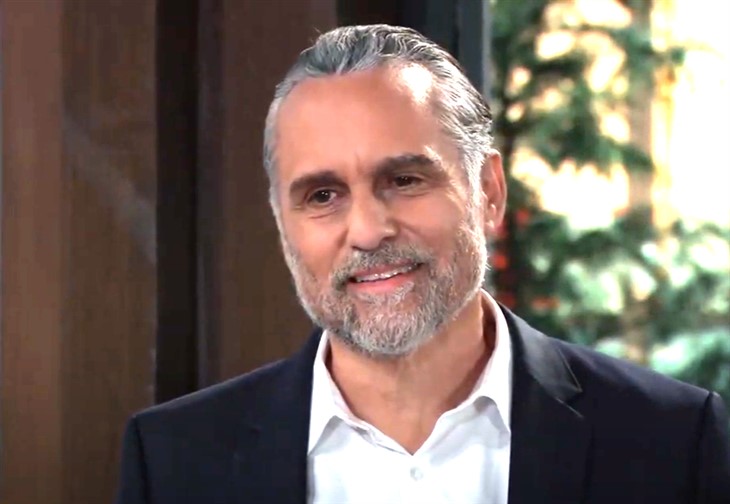 General Hospital (GH) spoilers indicate that Sonny Corinthos (Maurice Benard) will want to make up to Phyllis Caulfield (Joyce Guy) for all of her help. Now that the Tan-O has been destroyed, Sonny will make Phyllis an offer she isn’t likely to refuse.

General Hospital’s Ava Cassadine (Maura West) has put her brother Julian Jerome’s (ex-William DeVry) pub up for sale. Originally, Ava was leaving town and wanted to unload the bar before she left town. However, Ava never imagined that Sonny would offer to buy Charlie’s. There is also no way that Julian would want Sonny to own his bar.

However, Sonny and Ava have been getting along since he returned home from Nixon Falls. Would Ava sell the pub to Sonny? Will Sonny explain that he wants the pub for his and Nina Reeves’ (Cynthia Watros) friend Phyllis? Would buying the pub for Phyllis make Ava any more inclined to sell to him? Will someone else be even more upset over the sale?

General Hospital’s Kristina Corinthos-Davis (Lexi Ainsworth) has worked at Charlie’s for years. Kristina may be very upset that her father is buying Charlie’s for a friend instead of offering it to her instead. After all, didn’t Sonny give Morgan Corinthos (ex-Bryan Craig) a coffee shop once?

After Kristina calms down, General Hospital’s Phyllis could offer her a job. Phyllis may need a staff that knows her patrons and is familiar with the way Charlie’s has been run. Perhaps Phyllis will keep things the way they are instead of changing Charlie’s to be more like the Tan-O. Could Phyllis and Kristina work together at Charlie’s?

Would Kristina be able to accept Phyllis as her boss as long as she’s been helping run things? Kristina loves Charlie’s and cared about Julian as well, at least until Julian helped steal her brother’s baby and drove her mother to drink. Will Kristina and Sonny get past what she may see as another betrayal?

Sonny and Kristina have had their ups and downs over the years. Could this be the straw that broke the camel’s back? Will Kristina ever forgive her father for giving Charlie’s to Phyllis?