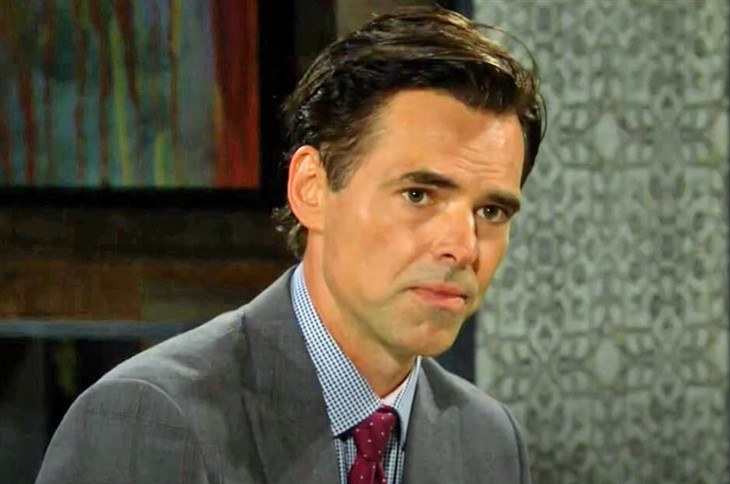 The Young and the Restless (Y&R) spoilers reveal Billy attempts to manipulate Rey into investigating Adam. Lily and Billy desire to get dirt on Adam and Victor before the Newman’s take down ChancComm. Billy will try to use the detective’s hatred for the bad boy for his own purposes.

Jesse Gaines (Jamison Jones) promised to release the damaging information on Ashland Locke within an hour if Billy Abbott ( Jason Thompson) did not publish it. Lily Winters (Christel Khalil) and Billy waited but heard nothing from Gaines. Now they are certain that Victor Newman (Eric Braeden) ordered Adam Newman (Mark Grossman) to “handle” Jesse. They wonder what happened and Billy will now enlist the help of Rey Rosales (Jordi Vilasuso). He wants Sharon’s husband to assist in his attempt at getting back at the Newman’s. Billy desires to prove that Gaines was somehow silenced.

Victor promised Billy he would crush ChancComm and the threat was taken seriously. Billy knows that Rey hates Adam and wants to prove to Sharon that he is no good. Spoilers say Rey will agree that Adam did his father’s dirty work but there is no evidence. Billy knows Rey is vulnerable where Sharon and Adam are concerned but the detective is only going to follow the evidence.

The Young And The Restless Spoilers – Did Victor Newman Have Adam Newman Commit Murder?

Those who watch The Young And The Restless are wondering how far Victor would be willing to go to silence Gaines. Would he resort to murder and would he ask Adam to carry out his plan? Adam would do anything to win his father’s approval but is he capable of taking a life? Rey might ask questions but will not get answers from the father and son so Billy may have to do his own digging.

Y&R Spoilers – Jesse Gaines Might Resurface In The Future

More than likely Victor had Adam to send Jesse somewhere remote and he is still alive. Billy is desperate to beat Victor to the punch and stop him from seeking revenge. Time is of the essence and Rey could decide to investigate Adam and Victor. He would love nothing more than to find out that something bad has happened to Gaines and arrest Sharon’s ex for the crime. His desire to expose Adam might cause him to help Billy but whatever took place, Victor probably covered his tracks.