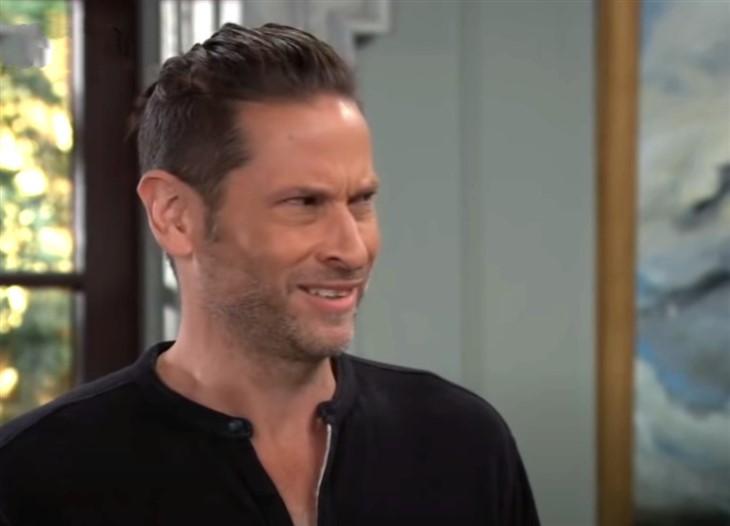 General Hospital (GH) spoilers reveal that Brook Lynn Quartermaine (Amanda Setton) may have pushed Dr. Austin Gatlin-Holt (Roger Howarth) too far. She took Austin’s concern for Leo Falconeri (Easton Rocket Sweda) and twisted it. Austin was concerned that Leo may be autistic although he was very careful not to use that word with Ned Quartermaine (Wally Kurth) when he voiced his concern. But Ned read between the lines and told Brook Lynn.

Brook Lynn went to see Austin and got him to admit to her that he believes that Leo may be on the Autism Spectrum. Since Austin isn’t his doctor, Brook Lynn had Austin exactly where she wanted him. She went to Dr. Britt Westbourne (Kelly Thiebaud) and lodged a complaint against Austin for violating HPPA. But Brook Lynn offered to drop her complaint – as long as Austin dropped his lawsuit against the Quartermaines. Austin had finally had enough of his newfound family and he signed away his rights. But he warned Brook Lynn that their war wasn’t over.

GH Spoilers – Dr. Austin Gatlin-Holt May Know That Brook Lynn Quartermaine Is Raising Maxie Jones’ Baby As Her Own!

Austin may already have the perfect revenge in mind, although he would also be hurting his newfound friend Maxie Jones (Kirsten Storms). As viewers know, Austin delivered Maxie’s baby in the woods of Pautauk. But right after he was knocked unconscious by the nurse who had abducted Maxie at the behest of Peter August (Wes Ramsey). Maxie knew the danger that Peter posed so she summoned Brook Lynn and she gave her newborn to Brook Lynn to raise as her own. Austin was supposedly unconscious but he has given both Maxie and Brook Lynn hints that he heard more than he is telling.

If Austin does know the truth, he could blow Brook Lynn’s world sky high. That would mean that Valentin Cassadine (James Patrick Stuart) will find out he isn’t the baby’s father. But if he takes Brook Lynn down, he will open up both Maxie and her baby to danger from Peter? Will Austin find revenge more important?

Will Brook Lynn regret crossing Austin? Does Austin know about the baby switch? Could revenge against Brook Lynn bring danger to Maxie? Only time will tell, so stay tuned to General Hospital airing weekdays on ABC. And don’t forget to check back right here regularly for all your General Hospital news, information and spoilers!