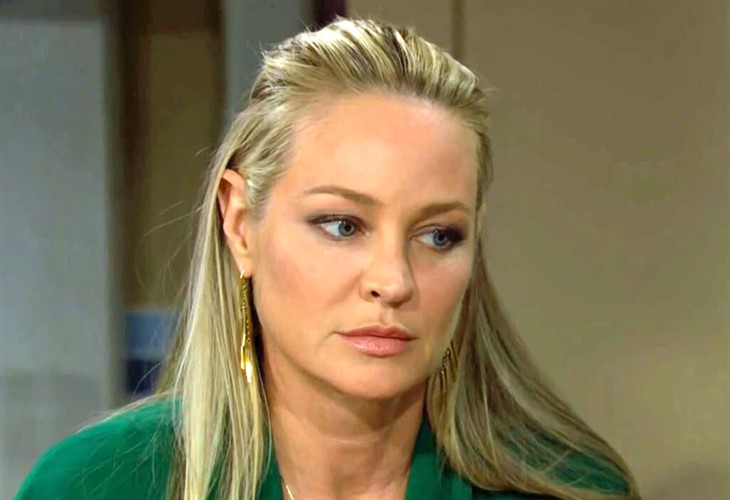 The Young and the Restless (Y&R) spoilers document that Sharon Rosales (Sharon Case) will test the relative stability in her marriage once again. Billy Abbott’s (Jason Thompson) grudge against Adam Newman (Mark Grossman) will offer Rey Rosales (Jordi Rosales) another opportunity to go after their mutual nemesis.

Sharon is Adam’s self-appointed defender. She has not hidden her feelings from her husband, couching them in non-romantic terms.

Rey is naturally jealous and leery. He knows that Sharon is vulnerable to Adam’s appeal. Grossman’s character is a direct threat to Shey, which Sharon denies in an unconvincing manner.

All rational minds agree that Rey protects Genoa City, Wisconsin’s citizens in his role as a police officer. Those who believe the law does not apply to them or is inexplicably unjust fall into the same category as Y&R’s consistent law-breakers, Adam and Victor Newman (Eric Braeden).

Adam is an unjailed criminal, as is his father. Their undocumented rap sheets are too lengthy to detail. But those tags are fully confirmed by how both scoundrels interact with Rey.

Billy knows that Adam gets under Rey’s skin, which is one reason why he believes that Vilasuso’s character is the right guy to help him get Adam.

Lily suggested to Billy that Jesse Gaines (Jamison Jones) is being used by Victor as a lure. The Moustache wants to distract Billy and or draw him into a trap.

So, Billy’s idea to involve law enforcement is wise. Billy will not be going it alone. That should increase the odds of him revealing whatever Victor did with Jesse and how or if Adam is involved.

Billy’s theory is that Adam was assigned the dirty work. He based that off an overheard conversation in Tuscany, Italy, just before everyone departed the gorgeous palazzo.

The Young And The Restless Spoilers – Sharon Rosales Warns Husband

Sharon’s warning to Rey about not going after Adam is dangerous. She will do so for the right reasons, believing that Rey’s perspective is clouded.

However, Sharon has no direct knowledge. She is just giving Adam the benefit of the doubt while withholding the same from Rey and Billy.

What if Billy is right? In that instance, Rey’s skillful detective work will likely apply daytime heat to Adam. No matter Victor’s intentions, Billy and Rey targeting Adam is not good news for the Newman family or Sharon.