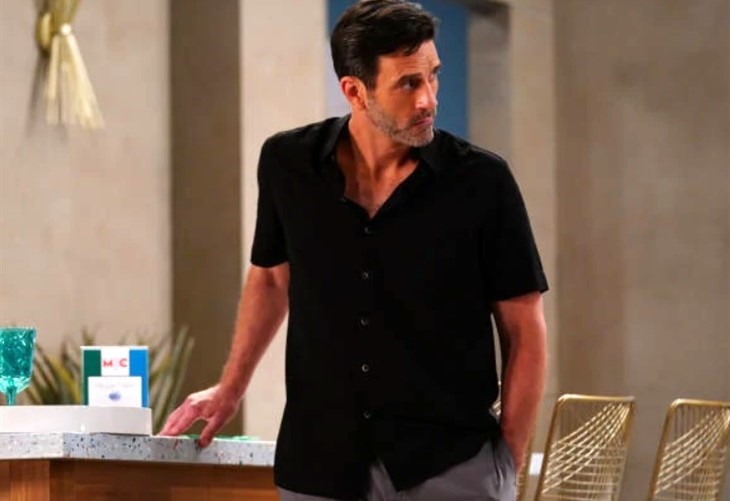 General Hospital (GH) spoilers reveal Patrick Zeller is back in Port Charles to make Jason and Carly pay for killing his uncle Vincent. Sonny does not think he is much of a threat but he might prove to be a formidable opponent.

GH fans were hoping the mob violence was over now that Sonny Corinthos (Maurice Benard) has returned from the dead but this is not the case. Vincent Novak (Glen Taranto) and Charles Buscema (Bart Tangredi) were killed in a car bomb after Jason Morgan (Steve Burton) and Carly Corinthos’ (Laura Wright) wedding. Spoilers say Joey Novak (Patrick Zeller) will soon return to Port Charles to avenge his uncle Vinny.

Spoilers say that Sonny will not give Joey a second thought but perhaps he should. Jason is in Greece and will not be able to help and Joey wants to exact his pound of flesh. When Joey was last in Port Charles he was quite annoying. He flirted with Joslyn Jax (Eden McCoy), threatened Damian Spinelli (Bradford Anderson) and annoyed Jason who beat him up. His uncle Vinny sent him out of the country but soon he will be back in Port Charles.

Nina Wu (Lydia Look) is the leader of one of the five families and she warned Jason and Carly that Buscema and Novak had rigged a bomb to explode in their vehicle. This is how Jason knew to turn the tables and blow up the mob bosses instead. Joey might decide to go after her but Sonny could have her back. If not for Mrs. Wu’s actions both Jason and Carly would be dead so Sonny owes her and he says he always pays his debts.

Some General Hospital fans have pointed out that Sonny was supposed to have divested himself from his mob business and gone legit by only importing coffee and it’s not clear what other products he ships. It will be interesting to find out how Joey will interact with Sonny should they come face to face. Joey did not appear to have what it takes to run his father’s organization so his attempts at revenge may only land him in trouble. There is also a chance that Cyrus Renault (Jeff Kober) could be pulling Joey’s strings from behind bars.