The Young And The Restless (Y&R) Spoilers: Twelve-Six Curveball, Chance Is Alive? 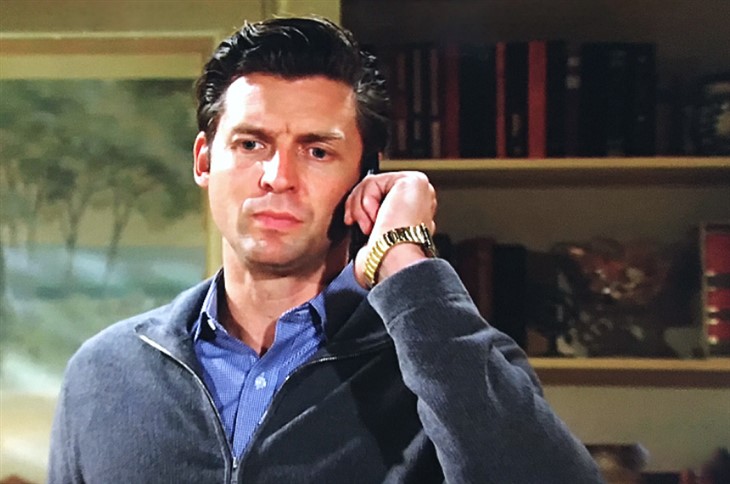 The Young and the Restless (Y&R) spoilers document that one of this soap’s most unusual storylines appears to be wrapping. But is it?

Chance Chancellor (as last played by Donny Boaz) is now presumed dead. However, that does not necessarily mean fans will not see this character again.

Would Y&R throw a twelve-six curveball at the audience as the World Series begins in the sports world? Of course, because this is daytime.

The referenced baseball pitch means that a pitcher throws a ball that the batter believes is hittable. Then, because of the grip with which the ball was thrown, it drops in a straight line, meaning from twelve to six on a clock’s face and the batter being fooled. The writing staff is the pitcher and the audience is the hitter.

Genoa City, Wisconsin’s team lost one of its starters when Chance was called back into the field by the Agency. Abby Newman Abbott Chancellor’s (Melissa Ordway) husband being the only person in the world who could be tapped is just one of the debatable issues in this storyline.

Boaz publicly said that he was told Chance would not be recast or killed off. The first part of that promise has played out. If TPTB were truthful with him and have not changed course, then Chance is not dead.

Abby has endured great stress since her husband left GC in early February. Along with Chance’s enduring absence, Dominic Newman Abbott Chancellor (no baby actor known to be cast for this role) was born but not before his surrogate mother was kidnapped.

The fact that Ben Stitch Rayburn (Sean Carrigan), Abby’s only other husband, abducted Mariah Copeland (Camryn Grimes) was very strange. What were the odds of that happening? Apparently, they were great.

Suspension of disbelief has its limits. So fans are intently watching to see if this seeming climax makes sense and allows a reasonable path forward for whatever characters are involved.

Anyone would be devastated in hearing the news that Christine Williams (Lauralee Bell) delivered. Abby, being mentally exhausted, will collapse.

Hardcore soap fans likely believe that Chance is alive. They, like Abby, can feel it.

Y&R’s curveball could result in a missed positive outcome, with Chance remaining missing indefinitely. A definitive answer is needed, one way or another, in order to end what has been a very challenging tale.