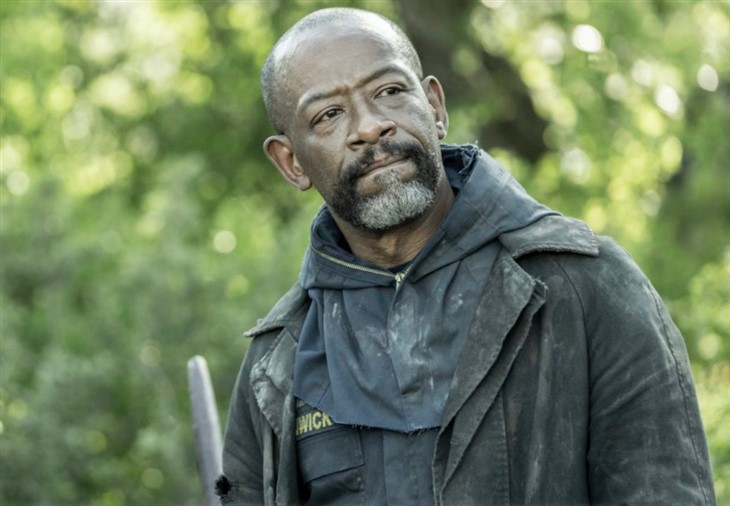 Fear The Walking Dead Season 7 brings some interesting character returns, and a new zombie baby arrived inTWD universe. Note that this article contains spoilers for Season 7, Episode 2. The various shows hardly ever stint when it comes to blood, gore, flesh-eating Zombies, and graphic attacks. So, how come the Zombie baby never actually made an appearance this week?

Teasers ahead of Season 7 revealed that a lot of changes came in the post-apocalyptic world. The show picked up from the previous season with its explosive finale. Plenty of death and destruction took place. thanks to cult leader Teddy (John Glover). Actually, those ten nuclear missiles he set off across Texas revealed a dismal and dangerous world.

Other Fear The Walking Dead spoilers revealed that Victor Strand starts seeing himself in a different way and it looks like the deep and dark villain emerges. Plus, showrunner Ian Goldberg hinted that Daniel Salazar (Rubén Blades) once crossed paths with TWD’s major character, Abraham Ford (Michael Cudlitz). So, some crossovers come. Fans already saw the return of Emile LaRoux, played by Demetrius Grosse. Fans know he’s dead, but he acted the role of his twin brother.

The Zombie baby brings a new opportunity for fans to enjoy some vicious scenes. Recall early in the show, fans met a Zombie toddler. However this time, it was a small baby. The Insider explained that the baby scene never revealed the Zombie child. In the highly radiated area, Morgan (Lennie James) came across a couple who said they hunted for their baby.

Toward the end of the episode, on Fear The Walking Dead, Morgan saw a case and some ominous growls came from it. Well, it didn’t turn out well for the Zombie baby that he discovered inside. Naturally, a few fans probably hoped to actually see it outside of the case, but that never happened

In the episode, it turned out that the baby didn’t go missing, Driven crazy by the baby crying, and desperate, his dad smothered it. So, it turned into a miniature Zombie, and they toted it around in a briefcase.

Other fans on Twitter hated the episode as well. In the replies to the Showbiz tweet, one of them sardonically noted, “I’m sure someone thought that killing a zombie baby would improve the viewership.”

Yellowstone Season 4 Surprise For Fans Before The Premierehttps://t.co/McG0wiShA8

Fear The Walking Dead Spoilers – No Zombie Baby Seen – Why Not?

Entertainment Weekly reported that Fear The Walking Dead‘s Dan Goldberg and Andrew Chambliss explained why they didn’t show the Zombie baby, Emma. It was because “they decided that the unseen was probably more frightening than anything [they] could create.” So, they left it up to the imagination of the viewers.

Be sure to catch up on everything happening with the TWD franchise right now. Come back here often for more Fear The Walking Dead Season 7 spoilers, news, and updates.