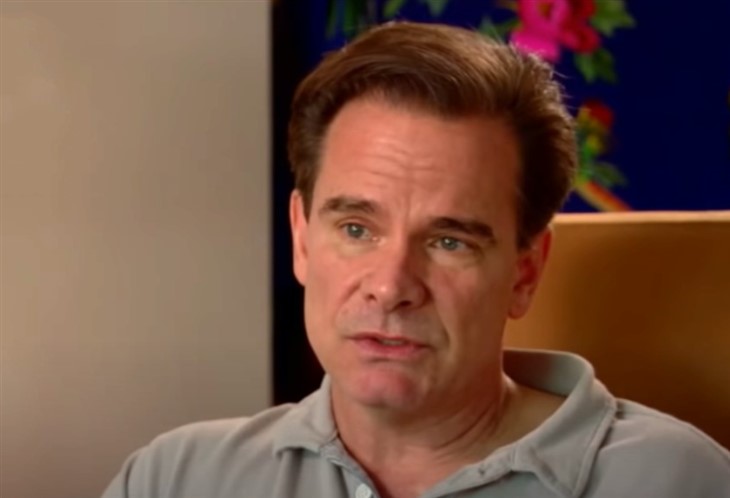 Peter Scolari is a well-known actor and he featured in “Newhart” and “Bosom Buddies. Actually, he’s known for more than that and even received an Emmy for his role on “Girls” in 2016.  Fans also saw him alongside Tom Hanks in “Lucky Guy,” This week, Friday, news came that he passed away at the age of 66.

Peter Scolari Left Behind Many Folks Who Loved Him

Apparently, after a two-year struggle with cancer, Peter lost his last fight. Actually, plenty of famous faces shared their tributes to him across social media. News about his death from cancer didn’t seem like a massive surprise. Still, when the end comes, it’s always a shock for those people who love friends and family. 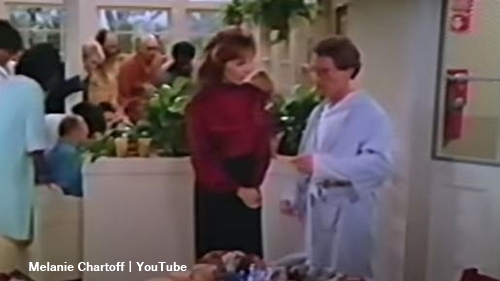 Notably, Lena Dunham who acted as the daughter of Peter Scolari in “Girls,” took to Instagram and noted he was, “The shyest extrovert, the most dramatic comedian.” Plus, she talked about how he took a lot of joy from a career where he could “play pretend for a living.”

Lena also described Peter as “The most humble icon.” Well, colleagues and other famous people were not the only people who sent in tributes. Plenty of fans did as well.

When Mark Hamill post to his tribute on Twitter he said, “What a wonderful actor he was! So sad to hear of the loss of the versatile Peter Scolari. I never had the chance to work with him, but I’m grateful for a lifetime of his brilliant performances.” Lots of fans went and replied to the post. One of them, @Grimlock1985 said, “I loved him in Bosom Buddies.“ 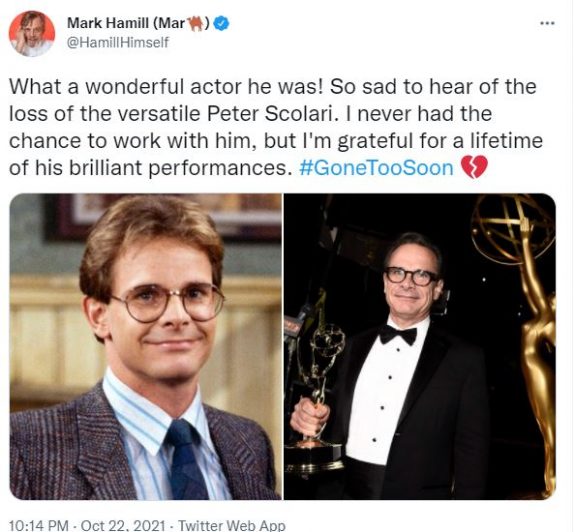 Other fans clearly loved Peter Scolari as well. Another reply by @detweiler_p read, “Scolari and Julia Duffy were one of the great comic pairings of TV sitcom history — incapable of doing a scene that was not drop-dead funny. So sorry to hear of the passing of the great Peter Scolari. Condolences to his loved ones.”

Other Tributes From Fans

When Alan Sepinwall tweeted about Peter Scolari passing away, fans replied under that as well. @tsgarp1982 wrote, “i’ll never forget how much i loved him on bosom buddies. i was completely convinced he was the star and not hanks. RIP Peter.”

Then another fan noted, “I’m so sorry for this loss. I always liked him — he was very similar to Hanks in this kind of warm.”

What are your thoughts about the passing of Peter Scolari? Did you love the shows that he starred in? Which of the shows was your favorite? Sound off in the comments below.

Be sure to catch up on everything happening with famous actors in Hollywood right now. Come back here often for more news, and updates.