The Young And The Restless Spoilers: Amanda Makes A Painful Decision To Abandon Prosecuting Sutton Ames 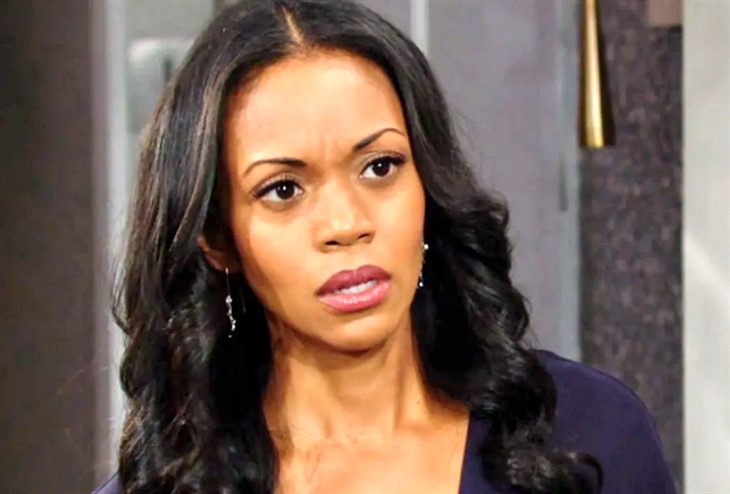 The Young And The Restless Spoilers – Amanda Sinclair Has Felt Torn

Viewers of The Young and The Restless will recall that Amanda has felt torn in spite of her quest to punish her grandfather for her birth father’s death. The whole issue has been problematic, causing dissension between herself and her birth mother and sister. Her birth mother, Naya Benedict (Ptosha Storey) had experienced enough stress to be hospitalized a while back and although her sister Imani Benedict (Leigh-Ann Rose) acted like an enemy at first, they have become close now and worked together.

Viewers of The Young and The Restless will recall that Amanda did a lot of investigation and even hired a private investigator to find out as much about Richard Nealon (uncast character) her birth father as possible. What the private investigator found out was a totally different narrative than what she was given; her birth father tried desperately to find her and her late twin Hilary Curtis (Mishael Morgan) and wanted to raise them instead of them being separated! Hilary went to a friend of theirs while Amanda was put in an orphanage!

The Young and The Restless spoilers tease that Sutton will put the pressure on Amanda and really start pushing her buttons as the trial moves closer! Amanda is coming to understand why Naya and Imani have been so afraid of their father and grandfather, and why they have been so intimidated! Viewers of The Young and The Restless will recall that it came to light Naya and Richard had been writing to each other up until his “accident” which of course, was not one and is what Amanda was planning to bring up in court.

Naya was so intimidated by her father that she kept this a secret for years, and with Sutton getting up close and personal intimidating Amanda now, she has to really reconsider if her mother and sister will be safe – after all, Richard certainly wasn’t! Sutton is quickly becoming someone you don’t mess around with, and if he had Richard killed, what will happen to Naya and Imani if they testify against him?

Viewers of The Young and The Restless know that Sutton appears to be a monster – and it wasn’t Amanda, Imani, or Naya who brought up the old accusations that he killed or had Richard killed. At first, as viewers of The Young and The Restless will recall, Naya and Imani had wanted Amanda to defend Sutton until she proved to them that he was guilty of Richard’s death no matter how he was involved, directly or not.

Amanda now decides the best way to protect her mother and sister against Sutton is to call off the prosecution and let sleeping dogs lie. She wants her late birth father to get justice, but not at the expense of Naya and Imani! The original suit and exposé can be pursued on its own – if Sutton wants to be found innocent, just let him try and prove it!