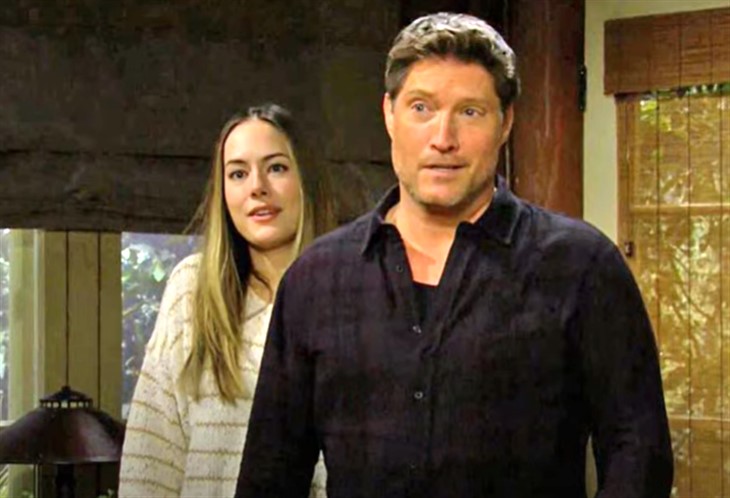 The Bold and the Beautiful (B&B) spoilers document that Deacon Sharpe (Sean Kanan) sported a look that the audience has seen other characters offer in the glorious past. He looked at Sheila Carter (Kimberlin Brown) like she was stark, raving mad.

Sheila’s idea is rather brilliant. John Finn Finnegan (Tanner Novlan) has not figured it out. Hope Spencer (Annika Noelle) has not either but is suspicious of her dad’s love claims.

The Bold And The Beautiful Spoilers – Considering The Potential Ahead

Sheila is telling Deacon that they need each other. She did conceive this plan on the spot at Ill Giordino. Intriguingly, Sheila appears to be telling the truth.

Ill Giordino is a popular outdoor dining spot in Los Angeles, California, that several characters like to frequent. Sheila is a former waitress at this establishment.

So, Sheila’s familiarity with the venue and its possible proximity to the hotel where she is staying made her luncheon with Deacon rather nondescript. Then, Hope and Finn walked in. Sheila thought of the potential for a deceptive plan within an instant.

B&B Spoilers – Kissing To Be Noticed

Some couples kiss in public on the spur of the moment. They are not doing so to make a dramatic statement but are purely naturally expressing their love.

Deacon found himself kissing Sheila because she ordered him to do so. She is his defacto landlord and money source. So, Shecon purposely smooched to draw the attention of their children.

That part of Sheila’s plan worked, as Hope and Finn were stunned and curious. As Hope incredulously said, Sheila and Deacon do not even know each other. Brown’s character concocted the prison pen pal exchange with ease. No surprise, considering her status as a legendary liar.

ThevBold And The Beautiful Spoilers – Hope Spencer Is Experienced

Hope has often been tagged as naive. Liam Spencer (Scott Clifton) does not use that word, choosing to see his wife as good-hearted to a fault.

However, Finn has very little experience with all things B&B due to his newness with the family he has married into. That makes Hope the leader of this twosome buddy pack.

Sheila will look to exploit her son’s and Deacon’s daughter’s desire to connect. Deacon was outraged that Sheila would push a plan where he must deceive Hope. It stands to reason that Hope would see through her father’s forced ruse, or Deacon will eventually tell her the truth.

But Sheila’s cunning can not be underestimated. The intended consequence of stirring trouble in Sinn and Lope’s marriages may yield results.