The Young And The Restless (Y&R) Spoilers: Sharon Grills Noah About What Really Happened In London 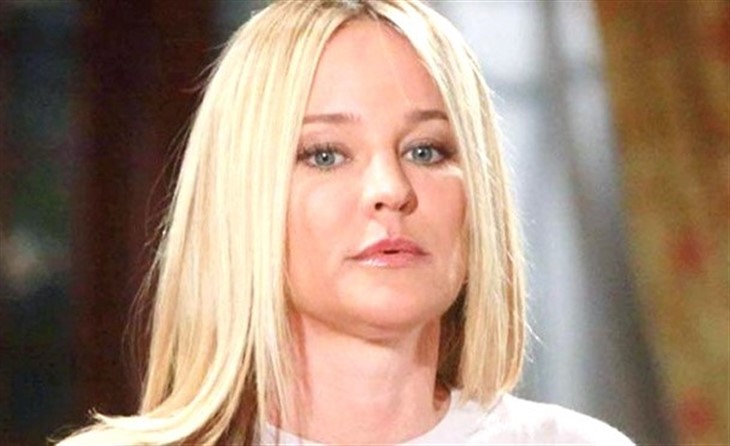 Viewers of The Young and The Restless will remember that the last time Noah came home to Genoa City, it was when his grandfather Victor Newman’s life and career was celebrated in an extravaganza. This was the big event that was held at the Top Of The Towers, with a multimedia presentation that celebrated Victor’s long career and successes – and all designed and put together by the very talented Noah!

Viewers of The Young and The Restless will also recall that this was the celebration where his aunt Victoria Newman (Amelia Heinle) had been seriously injured when she was mistaken for Amanda Sinclair (Mishael Morgan) by her stalker, Ripley Turner (Christian Keyes) in a darkened room, from the back. Sharon cannot help but be concerned about what is really going on with her and Nick Newman’s (Joshua Morrow) son. Viewers will recall from a recent episode when Nick brought Noah over to Crimson Lights to see his mom, that he was very evasive about why he decided to move back to Genoa City after having had so much success in London!

Viewers of The Young and The Restless will recall that Noah was vague about what had happened even to Tessa Porter, (Cait Fairbanks) his former girlfriend. Viewers of The Young and The Restless could see that even now, they have a bond – even though Tessa dumping him for Mariah Copeland (Camryn Grimes) was the reason for him moving to London in the first place a few years ago! Tessa couldn’t get him to talk much either, other than giving a narrative that sounded more like a nursery rhyme! He hinted at being very hurt by a woman, however. To his parents, he just said that he felt like it was time to move on from his life in London.

Sharon is a trained psychologist and counselor, and even though no one likes to be psychoanalyzed by their parents, Sharon may have to resort to using her counseling techniques on Noah to get him to tell her the whole story and what went so wrong! She runs the risk of Noah being wise to what she’s trying to do, but she knows holding it inside will do nothing but make things worse for him emotionally and so she’s determined to drag the truth out of him!

The Young And The Restless Spoilers: Ashland And Victoria’s Baby Shockerhttps://t.co/a7YZH5wTGT

Viewers of The Young and The Restless know that sometimes Nick can be a bit obtuse when it comes to emotional things in the first place, but Noah wouldn’t open up to him either. Sharon knows that holding emotional trauma inside is not healthy, and Noah’s got enough macho in him that it will be difficult to break through!