Days of our Lives Spoilers (DOOL): How Old Is Marlena On Days Of Our Lives? 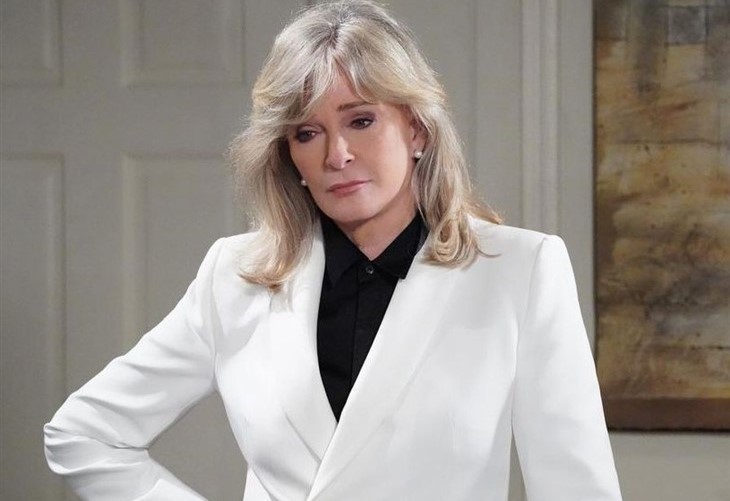 Days of our Lives (DOOL) spoilers show longtime fans of Days of Our Lives will remember when Marlena Evans first appeared on the Emmy-winning soap back in 1976.

Marlena has been portrayed by actress Deidre Hall since the character’s creation.

Throughout her existence on the show, Marlena has endured some of the most extreme circumstances of any character in the history of soaps.

With Marlena being such a constant character on the show for so long, fans are sure to wonder  just how old is Marlena Evans?

Since the character first graced the Days of Our Lives soap, she has certainly had her share of crazy situations.

She fell from a 30-story window and survived and was even brainwashed into thinking she was a serial killer.

After being presumed dead from a plane crash, Marlena was used as a surrogate for the genetically engineered babies, Rex and Cassie, while in a four-year-long coma.

The timeless character has even been kidnapped on numerous occasions throughout her thirty years on the soap.

She’s been long known for her perfect pairing with another DOOL fixture, John Black (Drake Hogestyn).

In fact, that relationship is so well-known that it’s even been the subject of a book, A Secret in Salem written by Sheri Anderson, former head writer for Days of Our Lives.

DOOL Spoilers – Who is Deidre Hall?

The Days of Our Lives actress who plays Marlena is also a longstanding fixture on the soap having filled the role flawlessly since 1976.

Brought in as the psychiatrist for Mickey Horton, Marlena was initially a guest character on the show.

Hall has also won two Lead Actress awards at the Soap Opera Update Awards in 1994 and 1995.

We know that Diedre Hall is 73 and, according to the DOOL Wiki Fandom page, Marlena is also 73.

Want more Days of Our Lives? Catch new episodes Monday – Friday on NBC. Be sure to catch up on everything happening with DOOL right now. Come back here often for Days of Our Lives spoilers, news, and updates.