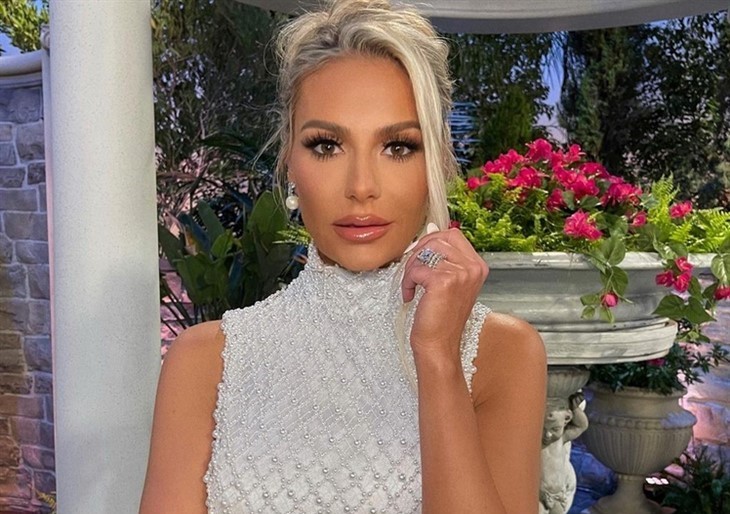 Real Housewives of Beverly Hills (RHOBH) stars Paul and Dorit Kemsley own a really nice mansion on Adlon Road in Encino. Well despite presumably adequate security, armed robbers entered the home. Dorit lost personal belongings in what must have been a terrifying ordeal. So naturally, Bravo fans had something to say about it on social media.

Dorit Kemsley is very well known amongst followers of the Bravo TV show, RHOBH. Many fans like Paul because he has a typically British sense of humor. Meanwhile, Dorit is a longtime member of the show. Additionally, she owns two swimwear businesses. Unfortunately, when reality TV stars own expensive property and belongings, thieves and robbers could find out very easily where they live.

Dorit’s experience isn’t unique to the cast of the show. In fact, Kyle Richards, also with The Real Housewives of Beverly Hills was robbed back in 2017. However, she was away at the time, unlike poor Dorit. In the case of Dorit, the robbers broke into the house and confronted her while claiming they were armed, according to NBC. What makes it worse, is her kids were home at the time.

The robbers made Dorit Kemsley take them around the house so they could steal valuables like jewelry. MSN noted that the men threatened to kill her and three men are now wanted by the police. When Cici Loves BravoTV shared the news on Instagram, plenty of people commented. The caption read, “My thoughts, love and prayers go out to @doritkemsley @paul_kemsley_pk Jagger and Phoenix. I am so, so sorry.💕💕💕” 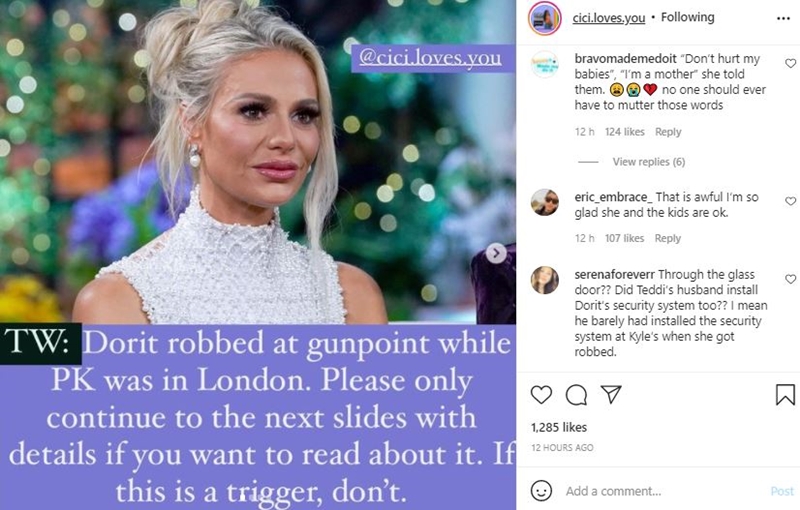 One Real Housewives of Beverly Hills fan wrote, “That is awful I’m so glad she and the kids are ok.” Then another concerned fan commented, “This makes my skin crawl! When someone broke into my car, I felt completely violated. I can’t imagine waking up to that in my home! Sending her all the positive vibes.” This comment also arrived: “Holy sh*t that’s terrifying- glad she is ok!! Dorit has her flaws but it’s obvious she adores her kids.”

Some Real Housewives of Beverly Hills fans questioned who put in the security system at the home of Dorit and Paul Kemsley. They speculated that perhaps Teddi Mellencamp’s husband installed it. Actually, he also installed the one at Kyle’s house. Well, any security can be breached if the robbers know what they are doing. Hopefully, law enforcement officers manage to track the perpetrators down.

Be sure to catch up on everything happening with RHOBH right now. Come back here often for more Real Housewives of Beverly Hills spoilers, news, and updates