The Young And the Restless (Y&R) Spoilers: Billy Outwits Victor, Adam, And Ashland? 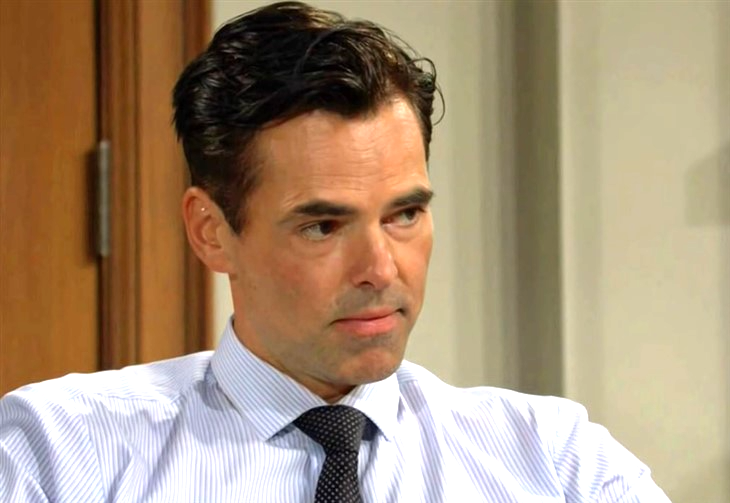 The Young and the Restless (Y&R) spoilers document that Billy Abbott (Jason Thompson) is convinced he can outwit Victor Newman (Eric Braeden). While that might seem unlikely, the outcome would or will prove to be good soap.

Jesse Gaines (Jamison Jones) probably felt forced to cut a deal with Victor after Adam Newman (Mark Grossman) captured him in Tuscany, Italy. Details of the plan Victor and Adam explained to Ashland Locke (Richard Burgi) were concealed from the audience to create a mini mystery storyline.

The arrival of Jones’ character at BiLily’s doorstep releases the pause button. So, what comes next?

The Young And The Restless Spoilers: Amanda Makes A Painful Decision To Abandon Prosecuting Sutton Ames

The Young And The Restless Spoilers – Jesse Gaines Needs Help?

Why would Billy believe anything that Jesse has to say? As importantly, even if he does buy Jesse’s pitch, Lily Winters (Christel Khalil) has Billy’s back and possesses a keen instinct.

It stands to reason that Billy, Lilly, or a combination of their minds will determine that Gaines is not on the up and up. Alternatively, if BiLily does not see through the ruse, which assumes there is one, then Jesse’s greed could come into play.

So, why not have Jesse believe he can make another score?

Having the combined brainpower of Victor, Adam, and Ashland is very impressive. Whatever plot this trio is pursuing is intended to decimate a man they despise for personal reasons.

Victor sees Billy as the man who caused his first-born daughter repeated pain. Adam has been seething for years due to the guilt trip that Billy will not allow him to leave. Yes, the Delia Abbott (Sophie Pollono) angle is very much alive.

Ashland convinced Victoria Newman Locke (Amelia Heinle) to marry him. In so doing, she forgave his past transgressions, but Billy, her multiple-time ex-husband, would not?

Like Victor and Adam, Ashland knows that Billy must be dealt with or he will continue to create problems for all involved.

The Young And The Restless Spoilers – Billy Abbott Has Weapons

Ashland’s story has not gotten out. Billy kept his word because he wants to maintain a positive parenting relationship with Victoria.

But Billy can change his mind. Even though he deleted Jesse’s video, there are other ways to smear Ashland in the media.

Billy told Lily that the best defense is a strong offense. Viewers should take him at his word and expect his trio of enemies to be outwitted. But even if that does not happen and a push or loss results, Billy retains damaging knowledge about Ashland that can dramatically and negatively impact Newman Media and Newman-Locke.