Days Of Our Lives (DOOL) Spoilers: Alum Jen Lilley Is Having Another Baby 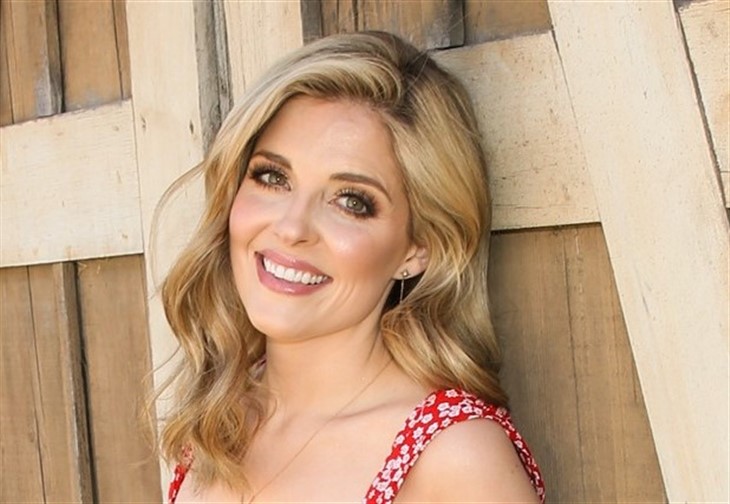 Days of Our Lives (DOOL) spoilers reveal Brady Black still separated from his son Tate as he lives with Theresa Donovan in California, but Theresa’s portrayer, Jen Lilley, is ready to expand her family now that she’s pregnant again.

Days Of Our Lives – Congratulations To Jen Lilley

Lilley, who played Theresa, Kimberly (Patsy Pease) and Shane Donovan’s (Charles Shaughnessy) daughter, from 2013 to 2018, already has a house full of kids. She has two adopted sons, 5-year-old Kayden and 3-year-old Jeffrey, and a daughter, Julie 2. She admitted to People Magazine that she wasn’t planning on getting pregnant again, but is absolutely thrilled.

“Julie was planned, but this was definitely a surprise,” she said. “I don’t know what it is with me, but I honestly will know like day after conception, I’m very aware of my body. I felt very pregnant and I thought, ‘This is very weird.’ I was excited, but also it was so strange. I was in this long customs line in Canada waiting for my work permit, and I’m texting my husband and our nanny via group text, ‘I think I’m pregnant right now.'”

DOOL Spoilers – A Surprise While Quarantined

The actress happened to be in Canada to film a Hallmark movie and quarantining herself due to COVID restrictions before shooting started. She even thought she had a negative pregnancy test at first because Canadian pregnancy tests work differently.

Lilley, who is due next May, told People that her boys are excited about the new arrival, but her daughter doesn’t yet understand. “Kayden and Jeffrey very much understand,” Lilley said. “It’s also been super helpful to kind of start talking to Kayden a bit about adoption, which has been great. Because he says, ‘So when I was in your belly,’ and I’m like, ‘Okay, let me talk to you about that.’ So it’s been a really wonderful introduction to explain adoption to him. That’s been awesome and he’s really excited.”

Days Of Our Lives Spoilers: Steve’s Frantic Search For Johnhttps://t.co/n9lk5YPiRU

Days Of Our Lives – Will We Ever See Theresa Donavan Again?

The last time DOOL fans saw Lilley playing Theresa in Salem, she had just escaped from a Mexican drug lord and regained custody of her son, Tate, from Brady (Eric Martsolf). She then took to California when her mother was diagnosed with cancer. Might Theresa pop up again with Lilley in the role one day? Stay tuned to Days of Our Lives weekdays to find out. Be sure to catch up on everything happening with DOOL right now. Come back here often for Days of Our Lives spoilers, news, and updates.