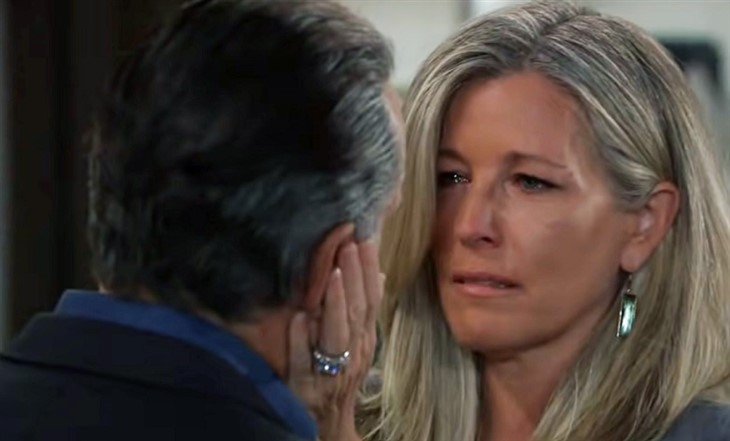 General Hospital’s Nina is about to go on trial in Pennsylvania for keeping Sonny from his family. However, much to his family’s dismay, Sonny will take the stand and defend Nina’s actions. Nina certainly knew what she was doing kept Sonny’s identity from him. Sonny doesn’t want the truth to come out about his and Nina’s feelings and is willing to do anything to keep her quiet.

General Hospital (GH) Spoilers: Spencer Cassadine Is Shocked By What He Overhears!

Sonny knows that Nina has already threatened Carly with the truth, can Sonny keep Nina from telling Carly about their feelings for each other? Will Nina tell Carly that Sonny fell in love with her just to torture Carly? Sonny knows that Carly is over playing nice with Nina, especially now that Nina is antagonizing her. Will testifying for Nina help or make things worse?

General Hospital’s Carly is hoping that Nina will pay in court for her perceived crimes. However, Nina has accused Carly of using Michael Corinthos (Chad Duell) to get her revenge. Unfortunately, Carly had nothing to do with Michael’s decision. Carly was just as shocked as Sonny when she learned what Michael had done.

Sonny’s defense of Nina is not going to go over very well with either of them. Nina could have helped Sonny get home months before he got his memory back but she refused. Sonny was the one who didn’t want to investigate his past. That is not an excuse for Nina refusing to tell Sonny what she knew. Nina had no reason to stay quiet except revenge on Carly. Sonny is just fueling the fire by protecting her.

Sonny will infuriate Carly by admitting that he was happy in Nixon Falls and didn’t want to know about his past. Sonny will not only upset Carly but is likely to upset Michael as well. Michael learned everything he know about revenge from his father and Sonny is protecting the woman who wronged his family.

Sonny’s decision to protect Nina will certainly cause some tense moments in Sonny and Carly’s marriage. Will the truth about Sonny’s feelings for Nina come out? Can Sonny and Carly get past what Carly is sure to see as a betrayal?