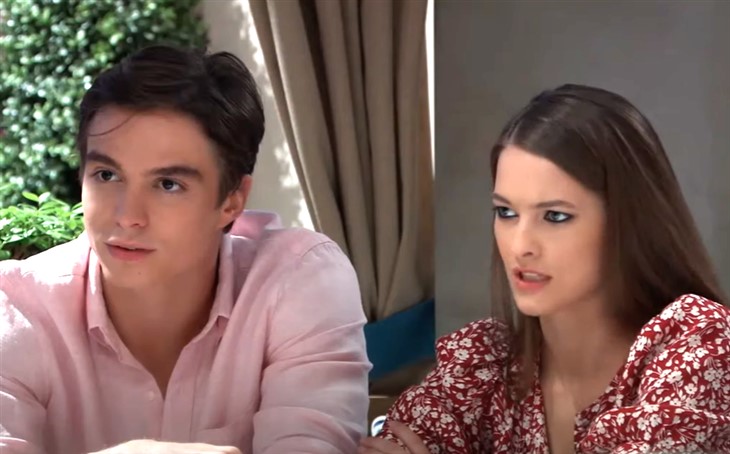 General Hospital (GH) spoilers and updates tease Spencer Cassadine (Nicholas Chaves) needed to get a job. Spencer did not like that his father Nikolas Cassadine (Marcus Coloma) married Ava Jerome-Cassadine (Maura West). Spencer has resented Ava because she did not help him with his lawsuit against Valentin Cassadine (James Patrick Stuart). Spencer decided to stalk Ava and got help from his girlfriend Esme Prince (Avery Kristen Pohl).

The truth about Spencer came to light when his friends Trina Robinson (Sydney Mikayla), Josslyn Jacks (Eden McCoy), and Cameron Webber (William Lipton) put together a plan to get Spencer to confess to being the stalker. Ava had Spencer arrested for stalking her but he has gotten help from his grandmother Mayor Laura Collins (Genie Francis) and her husband Dr. Kevin Collins (Jon Lindstrom). Kevin told Spencer that he and Laura would help him if he got a job.

Spencer agreed to the terms that Laura and Kevin had given him and decided to find a job. Spencer and Esme tried to figure out what kind of job Spencer could find. Cameron overheard that Spencer needed a job and told him that a job was available at Kelly’s as a waiter. Cameron had been promoted to assistant manager and needed to find a waiter to take his place. Spencer reluctantly asked Cameron to hire him. Spencer has been used to living a privileged lifestyle because he is a Cassadine. Spencer may find that as he works at Kelly’s that it helps him to not to rely on the Cassadine family and fortune. Spencer and Cameron may find that they become closer friends while they are working together.

Esme has been trying to help Spencer with his troubles because she has been influencing him to stalk Ava and Nikolas. Esme has wanted to come to Port Charles in order to get close to Ryan Chamberlain (Jon Lindstrom) because Esme admires Ryan. Ryan was sent to Spring Ridge to serve out his sentence. Ryan has been able to get everyone to believe that he has locked in syndrome. Ryan has wanted to find a way to get to Ava because he is obsessed with her. Ryan believed that he could make Ava happy by killing her daughter Kiki Jerome (Hayley Erin). Ava and Kiki had been having trouble with their relationship. Ryan is a dangerous serial killer and may want to get out of Spring Ridge to cause more trouble. Esme has been able to become a volunteer at Spring Ridge. Esme may help Ryan to find a way to get out of Spring Ridge in order to help Ryan to get Ava back. Esme may believe that Spencer would be happy if Ryan took Ava away from Nikolas.

GH Spoilers Thursday, October 28: Will Willow Get Married For The Third Time In A Year? https://t.co/4iUJcfkLVV #GeneralHospital #Spoilers #GeneralHospitalepisode pic.twitter.com/uE8IPm5KRB

General Hospital Spencer wants to try to find a way to make his own way in the world. Spencer does not want to turn to Ava and Nikolas. Spencer may find that he makes connections to different people in Port Charles while he works at Kelly’s. Will Spencer find that working at Kelly’s brings him the many unexpected benefits? Esme wants to get close to Ryan at Spring Ridge. Will Esme find that getting close to Ryan gives her what she is looking for or will she find herself in danger? Be sure to catch up on everything happening with GH right now. Come back here often for General Hospital spoilers, news, and updates.