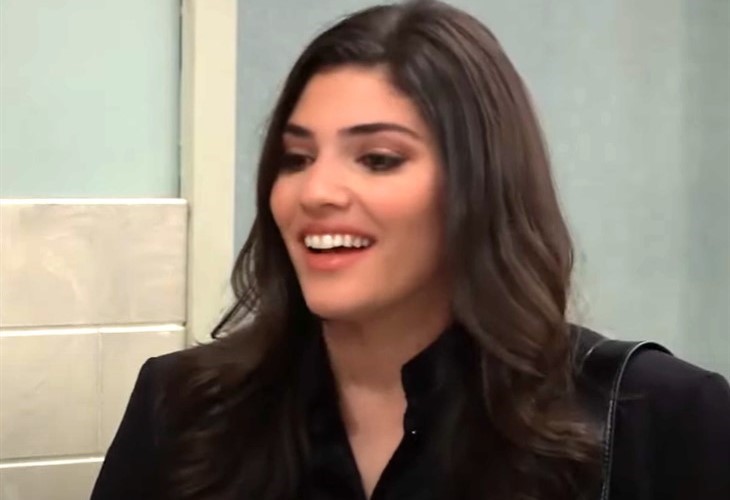 As viewers know, Brook Lynn and Maxie Jones (Kirsten Storms) made a plan involving Maxie’s baby in which resulted in Brook Lynn taking care of Maxie’s baby while Peter August (Wes Ramsey) was still at large. However, it seems that their secret is will soon be exposed putting Maxie’s baby at risk of being kidnapped by Peter August. Will Brook Lynn be able to stop this from happening or will she be too late?

After Maxie learned about the evil part of Peter August, she decided that she needed to keep Peter far away from her baby. However, little did she know that he had a plan in which he would take both Maxie and the baby away from Port Charles. However, Maxie and Brook Lynn came up with a plan to keep Peter away from her baby. This plan involved Brook Lynn taking the baby as her own as she had been faking her pregnancy to get the shares back from Valentin Cassadine (James Patrick Stuart). Since Peter had disappeared, they kept up this secret going as far as having Maxie leave when she was getting too attached to her child. However, their secret may soon be revealed to Valentin after they were overheard by Gladys.

Recently, Gladys learned a little about the secret that Brook Lynn and Maxie are keeping. She does not know about Maxie’s involvement but she does know that the baby is not Valentin’s baby. As viewers saw, Gladys used this information to her advantage and even went as far as to try and blackmail Brook Lynn.

She also went up to Valentin while he is in the hospital. In upcoming episodes, Gladys is going to cause more trouble for the two as Brook Lynn is going to have to try to stop her from spilling the secret to the wrong people. Will she be able to stop her or will the secret soon be revealed? If the secret is revealed to Valentin will he learn everything and how will he react?