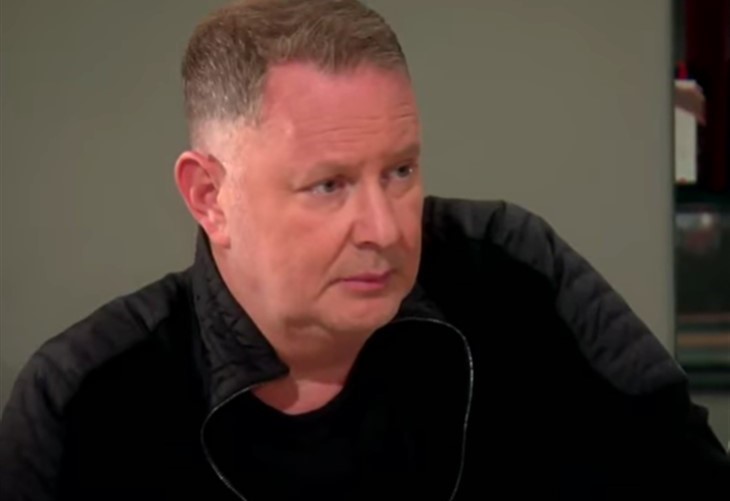 Real Housewives Of Beverly Hills fans love Dorit Kemsley’s husband Paul because of his sense of humor. Typically British, it can be understated. Or, sometimes, it stings by implication. That sort of thing really amuses Bravo fans. Well, this Halloween, he joked about Kyle Richards and her husband Mauricio Umansky.

Fans of the Bravo show know that Dorit just went through a hideous experience. If you hadn’t heard, she was robbed by people who threatened to kill her. At the time, her husband, Paul was away on business in London. As the kids were home, fans reached out with concern. Well, the follow-up to that is that nobody was hurt. Nevertheless, they lost valuables. Fortunately, the kids didn’t witness any of it.

Real Housewives Of Beverly Hills fans heard from Paul Kemsley the following day, that they would be okay. So, he’s back with Dorit and the kids for Halloween. Despite one already scary experience in a week, they didn’t stint on celebrating Halloween with all the other spooky lovers in the USA. Paul posted up a photo of the whole family. Then he told them they were The Addams Family. Actually, fans were very impressed at Dorit as Mortician and Paul as Gomez.

Another similar photo, but without the kids in it went up a few hours later. This time, Paul mentioned Kyle Richards and Mauricio. He wrote, “Gonna tell my kids we are @mumansky18 and @kylerichards18.” Well, that really cracked up Bravo fans. In the comments, people applauded the caption. They also applauded how well Dorit carried off Morticia. 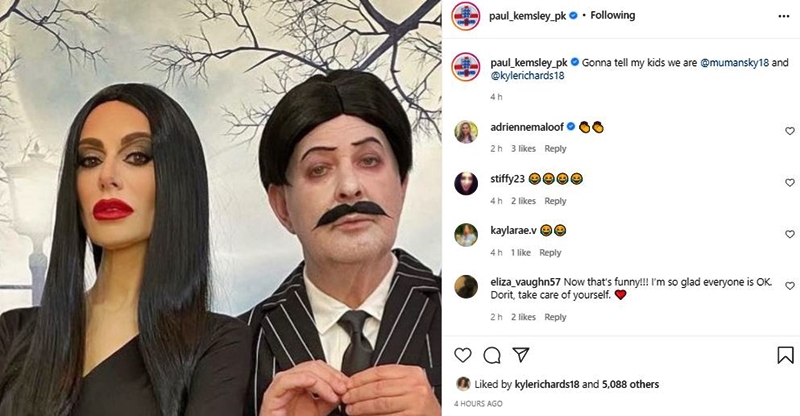 Omg! PK, you have the most wonderful sense of humor! Dorit killed it with Morticia! Have fun & be safe.

Now that’s funny!!! I’m so glad everyone is OK. Dorit, take care of yourself. ❤️”

Real Housewives Of Beverly Hills – Was Paul Kemsley Being Sarcastic About Mauricio?

In the photo, Dotit as Morticia actually looked a lot like Kyle with her long straight black hair. However, Real Housewives Of Beverly Hills fans suspect that Kyle Richards’ husband has a roving eye for the ladies. In fact, once STAR reported that he was overheard telling a random chick “You’re incredibly hot. I’d like to do you and get with you.” Meanwhile, “Kyle was in the next room as the couple hosted a major party.”  Conversely, Gomez in The Addams Family was completely dedicated to his wife.