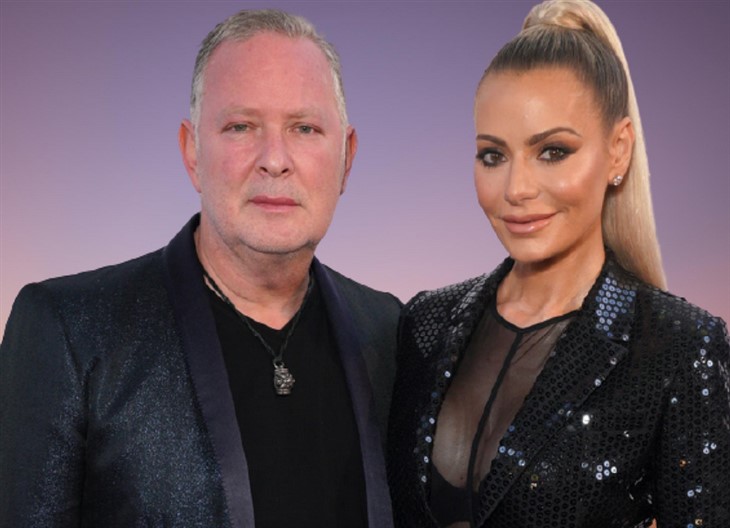 The Real Housewives Of Beverly Hills fan heard that Dorit Kemsley had a terrifying experience when robbers broke into her house. The other Bravo stars rushed over to see that she was okay. At the time, Paul Kemsley was away in London. On October 29,  he took to his social media and gave fans an update.

The Real Housewives Of Beverly Hills – Paul Kemsley Gets Back Home

When the robbers broke into the mansion where Paul and Dorit live, he was away in London. So, it left Dorit rather shaken, as apparently, they claimed they had weapons. In fact, they also threatened to kill her. Heartbreakingly, fans discussed that the kids were there and she was very worried about them. So, she complied with the demands and led them around so they could steal valuables and jewelry.

The Real Housewives Of Beverly Hills fans can only imagine that she quickly called Paul. After all, it must be terrifying to wake up and find strangers standing next to your bed. Naturally, Bravo fans hoped that the children were not traumatized by the scary incident. Well, Paul arrived back home to be with his family and he gave feedback on the kids and Dorit.

Taking to his Instagram on Friday, Paul told Bravo fans that the kids will be fine, He said, “The babies are great they are … totally unaware and life is going to return to normal hopefully very quickly.”  Paul also thanked their fans for the massive outpouring of love and concern for Dorit and the family as a whole. Then he said, “So I wanted to tell you all that we are doing ok.
I’m home and we are all together and will get through this …” 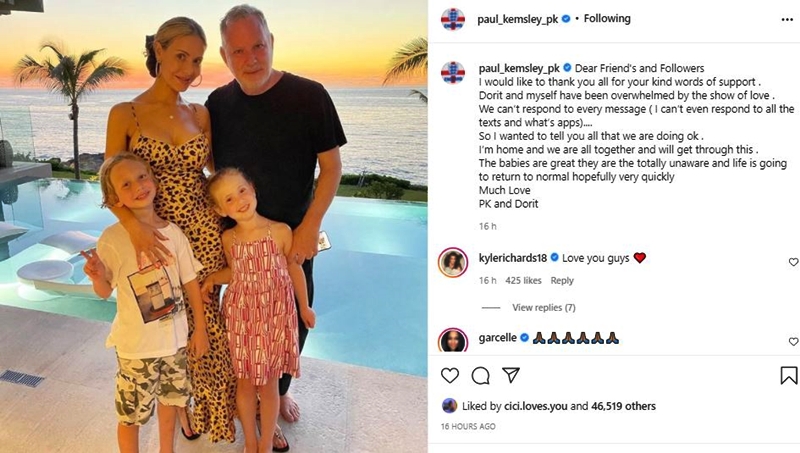 In the comments section of the post by The Real Housewives Of Beverly Hills star, Bravo celebs replied. Kyle Richards said, “Love you guys ❤️.” Next, Andy Cohen arrived in the comments, saying, “We are all so grateful everyone is OK. And Dorit can teach us all a thing or two about facing down danger.” Naturally, fans also commented about the update.

Quite a lot of Real Housewives of Beverly Hills fans seemed angry that Bravo revealed the homes and valuables of the cast. As one person suggested, it’s like a grand tour for potential robbers. However, others reacted to the news that the family seems safe now. One of them wrote, “So happy the babies are unaware & you all are safe. My heart goes out to you all & Dorit for having to experience that! 🙏🏽 have a peaceful weekend.”

Be sure to catch up on everything happening with Bravo right now. Come back here often for more Real Housewives of Beverly Hills spoilers, news, and updates.