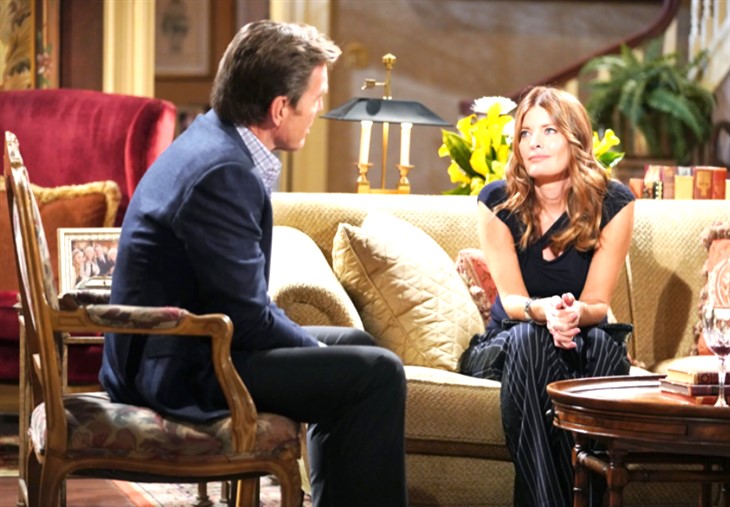 The Young and the Restless spoilers document that Phyllis Summers’ (Michelle Stafford) decision to end Phick appears to give Jack Abbott (Peter Bergman) the opening he wanted. But will Nick Newman’s (Joshua Morrow) latest self-sabotage result in a Phack revival?

That is what Jack wanted when he told Phyllis he still loved her, right? Bergman’s character meant that he wanted to renew a relationship with her through to marriage?

Theory is nice to ponder in Genoa City, Wisconsin. That is part of some characters’ fantasy worlds, where certain GC residents promote what-if idealism. But then daytime reality arrives, and choices have to be made.

The Young And the Restless (Y&R) Spoilers: Billy Outwits Victor, Adam, And Ashland?

The Young And The Restless Spoilers – Romanticizing The Past

Jack has been alone for a while. He came to believe that his mother was encouraging him to seek love.

Dina Mergeron (Marla Adams) was experiencing the deep throes of Alzheimer’s at that time in the plot. However, her last day on this earth proved monumental and affirming, as Adams delivered one of Y&R’s great recent performances.

The messages Dina delivered to her family could be interpreted as allowing Jack to confirm that, yes, she did want him to renew his search for love. But is he romanticizing the past when thinking that Phyllis is the goal in 2021?

Nick has created varied problems where there were none. He is behaving like a child when it comes to his family, with Victoria Newman Locke (Amelia Heinle) and Adam Newman (Mark Grossman) in Victor Newman’s (Eric Braeden) focus at the moment.

Morrow’s character is not getting enough attention or the type of attention he wants or he does not want Victoria and Adam to be getting any attention at all or Victor should not focus on any of his children or on and on and on and on.

The mishmash sentence or paragraph or whatever the above was (wait, we are falling down the rabbit hole again) represents a glimpse inside Nick’s undisciplined mind. It is also his entry point for invented drama that he seems to crave.

Nick represented Phyllis’ romanticized edition of himself. She learned, the hard way, that playing off yesterday can be dangerous.

Phyllis should not rebound sideways to Jack. Instead, she should take time out and decide what comes next and possibly, who.