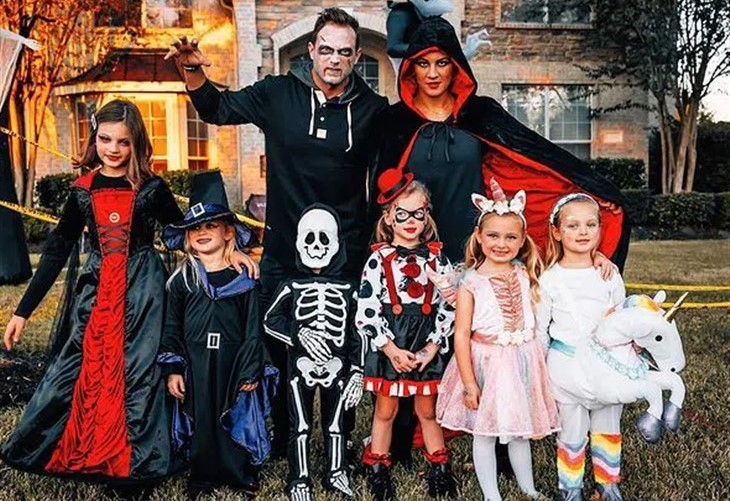 OutDaughtered spoilers revealed that Adam Busby loves Halloween. these days, the quints, Hazel, Ava, Olivia, Parker, and Riley don’t scare so easily. However, that doesn’t stop him from going all out with spooky costumes. This weekend, he shared some clips of himself looking really into the season. Additionally, he posted up a video of the quints decorating the place.

Last year, Adam made some Halloween videos that really were spoilers. After all, all the spooky things that the family got up to were also featured on the TLC show. Of course, fans don’t yet know when a new season comes along. However, the family shows little sign of growing tired of filming. Very popular with fans, they hope it just keeps running. Blayke and the quints have many stories they could tell in the future.

OutDaughtered spoilers sometimes reveal that Adam Busby picks up critics, but mostly, fans just love the family. He runs his YouTube Vlog, It’s A Buzz World. So, even in-between seasons, fans see plenty of footage of the family going about their lives. This weekend, he shared Halloween decorating by the quints for 2021. Additonally, he shared some clips to his Instagram Stories.

OutDaughtered – Halloween Videos And Photos In 2021

The video that Adam shared came ahead of his post on Istagram stories. Clearly, the family went somewhere to enjoy their evening. He drove, and next to him, sat a spooky apparition, (Danielle?). However, he really seemed to go all out with his costume. Certainly, he looked realistic as you can see in the screenshot below. 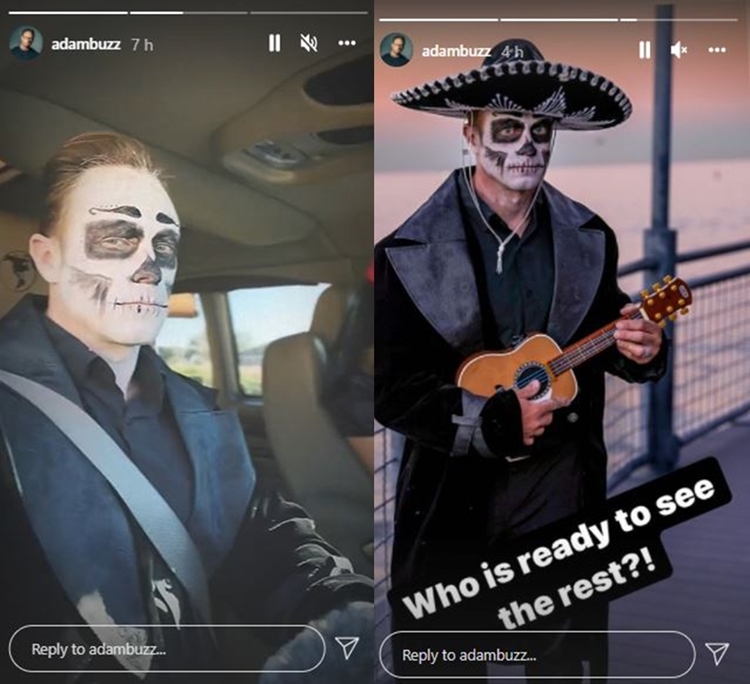 In the video that he posted on YouTube, it featured the OutDaughtered quints rather than him. He explained that it was all about them decorating for Halloween. Hazel seemed like a bit of a trickster, placing ice under her sister’s foot. It just seems from watching it that the girls suddenly became so big, fans agreed.

OutDaughtered fans took to the comments section on YouTube and talked about the quints. One subscriber wrote, “Ava clearly future vlogger in the family. She’s the most natural in front of the camera. And she talks like the teenage vloggers 😅😂.“

Then another fan noted, “Adam and Danielle! The girls have grown so much! Ava sounds and looks soo much like Blayke! They all speak so clearly now too! But also its kinda sad but goood 😭😂.”

The vlog taken by various quint cams also received this comment: “Loved that! I think that was the best video yet, with all the girls doing the filming and telling us all to comment! xx.”

Be sure to catch up on everything happening with the Busby family right now. Come back here often for more OutDaughtered spoilers, news, and updates.