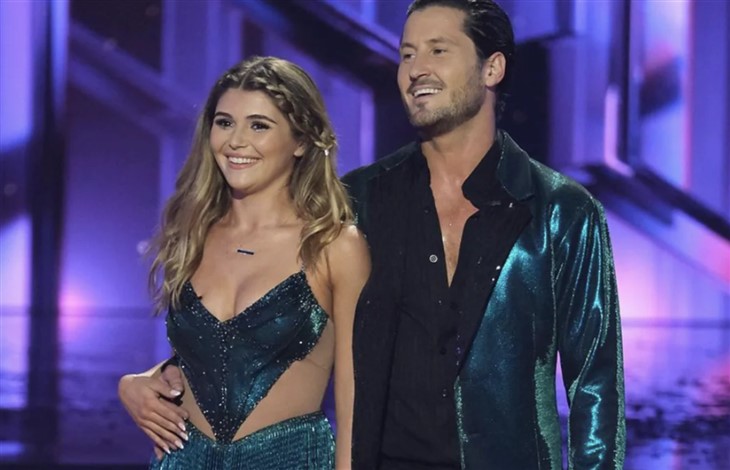 Dancing with the Stars fans were initially very critical of Olivia Jade and a lot of them felt she had nothing to offer other than her mom’s college scandal. However, Val Chmerkovskiy saw her talent and really brought her to the fore. Many fans were surprised at her enthusiastic attitude to competing. Meanwhile, others felt a bit bad for her as she clearly felt very embarrassed getting up on a public stage. With that all said, is she good enough to perhaps the Mirror Ball Trophy?

The competitors start juggling for the Mirror Ball Trophy and each week, more surprises arrive. For example, last week, Iman Shumpert amazed everyone. Suddenly, fans take an interest in him. While Olivia Jade and Val nearly went home at one stage, their score wasn’t near the bottom. Interestingly, this week, Jojo Siwa found herself down to a last-minute save as well. Long predicted as the winner, even that might change as the final episodes loom.

When Dancing with the Stars judge Derek Hough said that Olivia Jade was fast becoming one of his favorite performers, a surprising number of fans admitted to the same thing. Social media seems to swing away from the focus on her mom Lori Loughlin, and onto her actual talent. If she wins, she might not be the most popular person to ever achieve that. And yet, it seems that fans admire her ability to face the screen after her mom’s arrest.

Insider reported that “Olivia Jade and Val Chmerkovskiy scored 38 out of 40 with a quickstep to “Fat Bottomed Girls” and four bonus points with a relay round foxtrot to “Under Pressure,” bringing their total to 42.” Well if you doubted her ability as a potential winner, they managed to top the leaderboard. It gave them their first 10s of the season, something almost nobody could have predicted during the premiere.

On October 26, one critic noted on Twitter, “if dancing with the stars let’s olivia jade win i’m going to fight a producer istg” Well, is it still about the judges letting her win? Dancing with the Stars fans on YouTube certainly think she now shows potential as a solid dancer. Even  Gold Derby described her as one of the strongest competitors on Queen Night.

Dancing With The Stars Spoilers – Fans Comment On Queen Night

Dancing with the Stars fans on YouTube became candid about their feeling towards Olivia. In fact, they also remarked on Val. One of them, Misty Stewart wrote, “I was not a fan of her in the beginning, but she is showing her personality and I love her now! She’s a delight to watch!”

Then this comment from Country Girl arrived: “I’m so glad she was brave enough to put herself back out there. She deserved a second chance and she’s really doing the work. She just gets better every week! I’m always excited to see her!”

Meanwhile, Nicki Grace noted, “As a viewer we want to be entertained. You want to forget everything and be absolutely lost in what’s transpiring…. immersed in the moment… THEY DID THAT!!! Well done! This was fun, fun, fun. So full of charisma and a hard dance.”

Be sure to catch up on everything happening with ABC right now. Come back here often for more Dancing with the Stars spoilers, news, and updates.