The Bold And The Beautiful (B&B) Spoilers: Donna Hopeful For Reunion With Eric 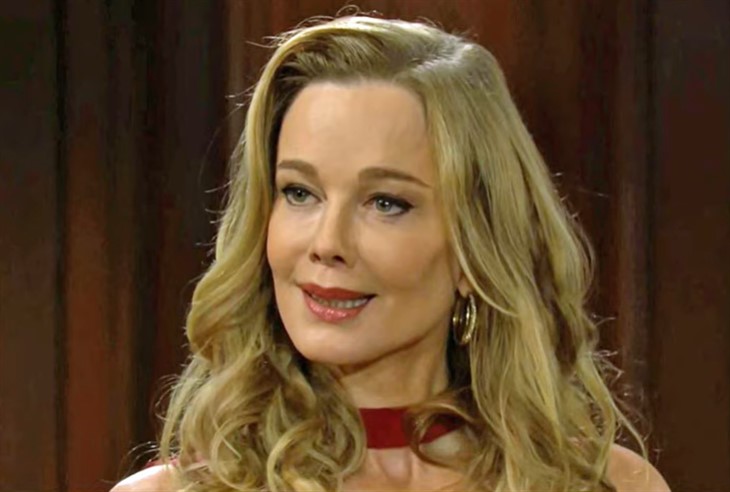 The Bold and the Beautiful (B&B) spoilers hint that Donna Logan (Carrie Mitchum) may reunite with Eric Forrester (John McCook) in upcoming episodes. Viewers have seen that Donna is still in love with Eric and it seems that the feeling might be unusual. However, Eric is with Quinn right now but it seems that the two may not see eye to eye in upcoming episodes which may push Eric away.

It seems that Eric may also receive an ultimatum from Quinn Forrester (Rena Sofer) who will want him to stay away from Donna. However, will this really lead to Donna and Eric becoming a couple once again?

The Bold And The Beautiful Spoilers – The Ultimatum

Quinn is set to become upset when she finds out that Donna and Eric may have gotten closer
and that Donna might have been helping Eric with his problem. This is going to lead her to give Eric an ultimatum which will leave Eric very upset with Quinn. This will probably have to do with Donna and her wanting him to stay away from Donna or maybe even firing Donna. Eric is loyal to the ones close to him so this request would upset him and he would probably tell her that Donna will always be a part of his life. However, where will things go from here?

It seems that this might also cause problems for the relationship between Quinn and Eric as
since they can not see eye the eye, Eric may leave Quinn. It seems that Eric will not be happy to be given an ultimatum and it seems that he will decide to choose to keep Donna in his life rather than to keep Quinn in his life. This might result in him going back to Donna, who has been in love with him since their split. What do you think? Will Donna and Eric really reunite or will Eric and Quinn be able to get through this bump?

Who do you want to see Eric with? What might be next for Quinn if she ends things with
Eric?