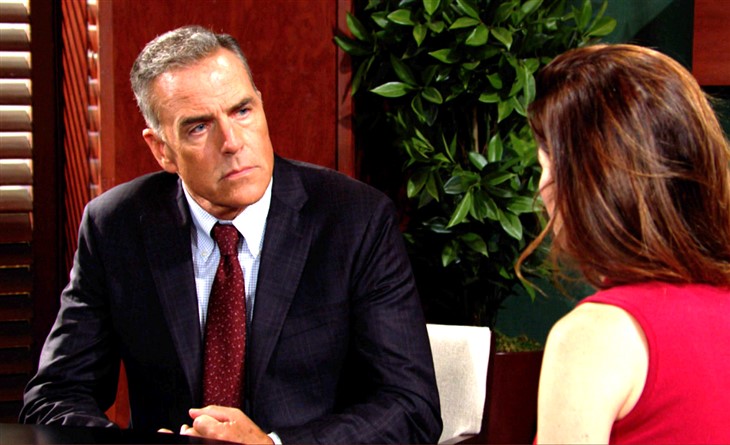 The Young and The Restless (Y&R) spoilers and updates reveals Richard Burgi says his character should give his wife a child as a legacy of their love. He does not, however, confirm whether or not Locke lives or dies.

According to Soaps.com Ashland Locke (Richard Burgi) is thinking about the future and desires to give Victoria Newman (Amelia Heinle)) a very precious gift. He wants to create a child that that will be here when he dies.Burgi said ” The idea of leaving Victoria with a living, breathing reminder of his love and devotion is a powerful notion to Ashland.” Nothing has been discussed onscreen between the couple, but the subject might come up in the near future.

Those who watch The Young And The Restless still do not know Ashland’s fate with certainty and Burgi gave nothing away in his interview. The actor never confirmed that Victoria would conceive or that his character would actually die. He only said that Ashland desired to give his wife a baby. Y&R spoilers say that Locke’s health is declining because cancer treatment is not working and the experimental method he seeks is a longshot which still leaves viewers in the dark.

Victoria might already be pregnant and the news will come as a surprise if she was not trying to conceive. Her focus lately is on helping her husband to survive. Some fans still believe Ashland is faking but the storyline thus far is not offering any clues. Burgi might have been offering Y&R viewers a teaser of things to come and Vicki might find out she is going to be a mother again. He also could have only been trying to keep fans invested in the storyline.

Y&R Spoilers – A Pregnancy Storyline Would Be Interesting

Earlier spoilers said Vicki would be left alone and heartbroken so a baby would bring her some comfort. If Victoria does or will soon have a bun in the oven it could play out in several ways. Ashtoria could raise their child together if Ashland finds a miracle cure. Vicki could find out she is expecting after her husband dies which would be devastating. The couple could find out about the baby together and Locke dies in peace knowing he has left a part of himself behind.