Who Plays Steffy On ‘The Bold And The Beautiful?’ 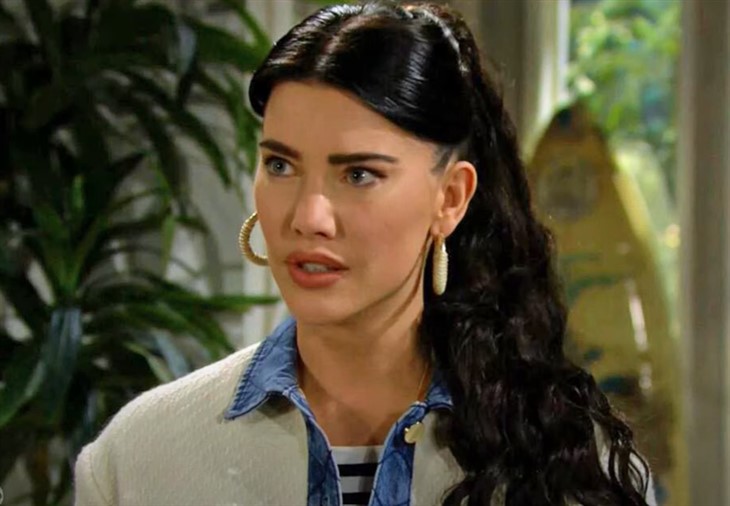 She has an older brother named Thomas Forrester and two younger half-brothers named RJ, and Jack.

Steffy had a son, Aspen Forrester-Spencer, who died, and she has one daughter, Kelly Spencer.

Both children are shared with Liam Spencer.

In Steffy’s 23 years as a character on The Bold and the Beautiful, there have been several actresses that have filled the role.

From the time period between 1999 and 2003 the popular Bold and the Beautiful character Steffy Forrester was portrayed by several different identical twin actresses, and, in 2003, Cameryn McNabb took over the role.

From January to March of 2004 Steffy was portrayed by actress Jordan Mella and in April of the same year, both twin sisters were recast by identical twin actresses Keaton and Kylie Rae Tyndall when the character was rapidly aged.

Kylie Tyndall continued to fill the role of Steffy until April of 2005 and then the roles of both twin characters were recast by identical twins Addison and Alex Hoover.

By November 2005 the Hoover twins were relegated to recurring status.

In 2006 Guiding Light actress MacKenzie Mauzy took over the role of Pheobe while Steffy was written out of the script.

Steffy remained out of The Bold and the Beautiful storyline until 2008 at which point Jacqueline MacInnes Wood took over the role at which time Pheobe and Steffy were retconned as fraternal twins.

A month after Woods took over the role as Steffy, her twin Pheobe was killed off.

Since taking over the role of Steffy Wood has had an on-again, off-again relationship with the show taking extended breaks while filming Final Destination in 2010 and again in 2013 and 2015.

Despite the seemingly troubled relationship with the show, even with producers throwing money at her, Wood has maintained her portrayal of Steffy to this day.