Days Of Our Lives Spoilers: Johnny DiMera Gets A Devilish Wake-Up Call! 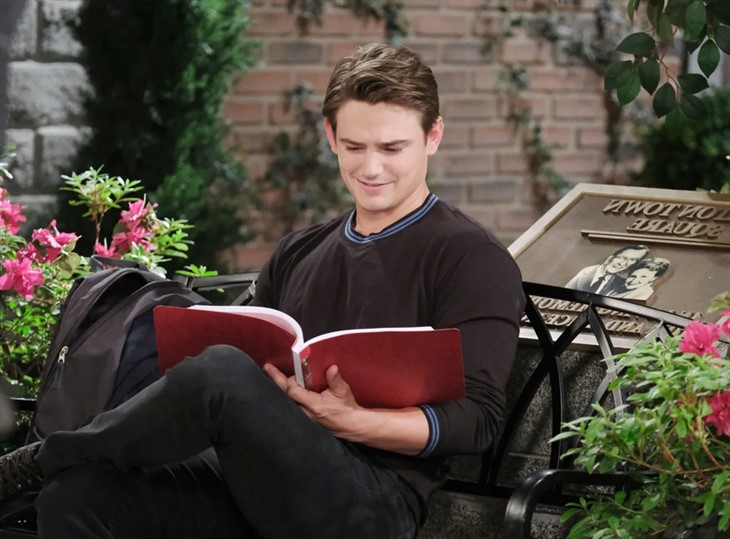 Days of Our Lives (DOOL) spoilers tease that Johnny DiMera (Carson Boatman) is hell-bent on making his movie, “Possessed! The Marlena Evans Story” no matter what. But Johnny doesn’t necessarily believe that it really happened. And he almost sounds like he is mocking the entire situation every time it comes up in conversation. But at some point, very soon, Johnny will come face to face with reality. And it may cause him to rethink his movie plans and his wisecracking attitude!

Days Of Our Lives Spoilers – The Possession Of Marlena Evans Was Something Only Whispered About!

Growing up, no one ever discussed Marlena’s possession in front of Johnny or his twin sister, Allie Horton (Lindsay Arnold). It was such a dark time and painful to everyone involved. But when Johnny planned to make a movie based on Will Horton’s (Chandler Massey) script about his mother, Sami Brady (Allison Sweeney), the possession was included as part of the plot. Fascinated, Johnny decided to rewrite the script to focus only on the possession. But he never really believed it happened.

Johnny always seems to mock the situation. Little does he realize that Marlena has once again been possessed. And MarDevil will only be mocked for so long. As a sign of her power, Marlena is bringing several dead Salem residents back to terrorize Salem. Charlie Dale (Mike Manning), the man who raped and terrorized Allie will roam the streets of Salem and his main target will be Allie once again. After hearing Allie’s harrowing story, Johnny will have to begin to realize the power MarDevil has over Salem.

Days Of Our Lives Spoilers – Johnny DiMera Will Soon Come Face To Face With Evil!

It’s only a matter of time before the devil reveals himself to a terrified Johnny. She may even thank him for helping her powers grow with his movie. Johnny will realize that he is messing with forces he doesn’t understand and that’s when he will be able to fight back and help send the demon back where he belongs!

Will Charlie’s return make Johnny take MarDevil seriously? Will Johnny soon come face to face with the demon? And can’t make up for helping the devil gain power? Anything can happen in Salem so stay tuned Days of Our Lives airing weekdays on NBC.

And don’t forget to check back right here regularly for all your Days of Our Lives news, information and spoilers!