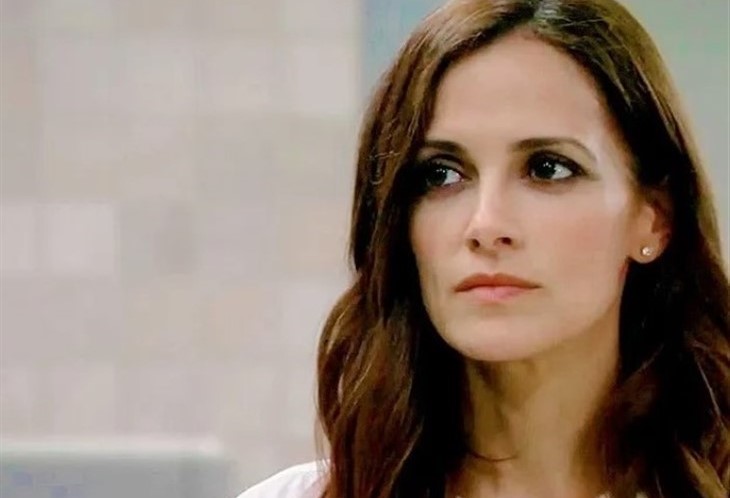 General Hospital (GH) spoilers hint at the return of Hayden Barnes (Rebecca Budig). As viewers know, Hayden despite not being in Port Charles, has been a hot topic among some of the characters in Port Charles. However, could the talk of Hayden lead back to Hayden Barnes making a return to the screens of viewers? If so what storylines might she be involved in upon her return?

As viewers know, the talk of Hayden has come up a lot ever since Shawn Butler (Sean Blakemore) has been released from Prison after proving his innocence. However, he wants to find out who really tried to kill Hayden which has led him to learn that Nikolas may be behind Hayden’s shooting. The two confronted each other in the episode that aired on the 2nd of November. With the mention of Hayden being brought up will Hayden make an appearance back in Port Charles in an upcoming episode? It would be interesting to Hayden return back to Port Charles as there are still some concerning things that have happened since Shawn started trying to find out who tried to kill Hayden.

If Hayden were to return, it would be interesting to see how she would feel about the things taking place in Port Charles. She would be able to reconnect with her daughter, Violet Finn (Jophielle Love) but it also seems that things between Hamilton Finn (Michael Easton) and Elizabeth Webber-Baldwin (Rebecca Herbst) are starting to blossom. How would Hayden handle that information?

On the other hand, viewers would learn about why she left and what she has been up to since. Not to mention she would most likely come back with secrets of her own. Would this be related to the death of her mom or her disappearance? As viewers know, Hayden’s mom came to Port Charles and not long after was killed by a mysterious person. It will be interesting to see Hayden come during a storyline that involves her. Do you think that General Hospital may bring Hayden back for this storyline?

Will Hayden come back with secrets or even decide to target Nikolas Cassadine (Marcus Coloma) herself?