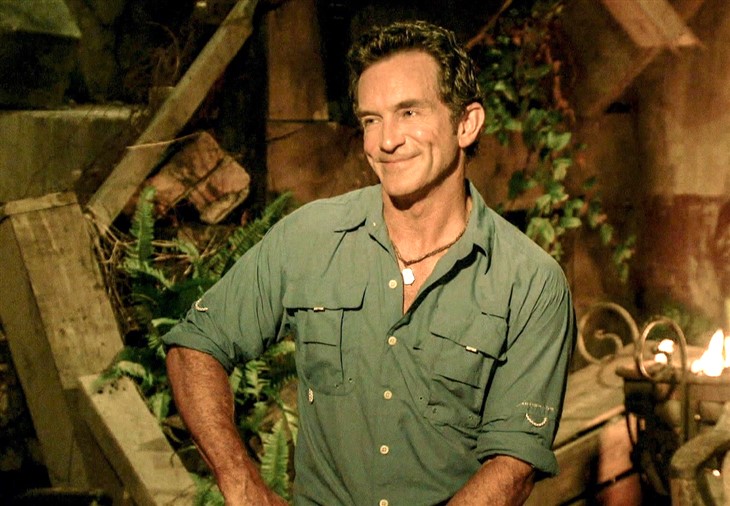 Survivor host Jeff Probst has become the face of this prime-time TV competition show. And after 40 seasons, fans know what to expect from Probst in Survivor season 41. But some viewers feel Jeff fails to live up to their expectations.

Why do some Survivor fans claim they feel “weirded out” by Probst in 2021? Find out their three reasons below!

Since the very first season of Survivor, Jeff Probst took on the time-consuming host tasks enthusiastically. His never-ending energy, passion for the game, and even, at times, concern for the players’ health resulted in a growing fan base.

But season 41 has uncovered some changes in Probst, claim some viewers. As a result, the Reddit Survivors community agrees that they feel “weirded out“ by the differences. Specifically, fans came up with three reasons for slamming Jeff.

And the first reason came in for the biggest response. Survivor fans wish that Jeff had NOT gotten plastic surgery. As one viewer wrote, “Why did he get that plastic surgery? He absolutely didn’t need to do that. He looked great before.” And fans agreed that Probst should “not get any more [plastic surgery] done.”

In addition, some Survivor viewers feel that Jeff Probst has gotten “soooooo cheesy it’s really cringeworthy to watch.” Fans who list that second reason for slamming the Survivor host believe he has become increasingly inauthentic.

“I kinda hate the term “virtue signalling” but with Jeff it really feels like some of his slightly more woke takes are pretty insincere,” summed up one Survivor viewer. And this fan contends that during previous seasons, Probst tended to favor men. But now, after showing signs of a “notably male bias in the past,” Jeff seems to have gone “overboard to try and score points.”

Changing values in an effort to show fairness deserves praise. But Survivor fans accusing Jeff of overdoing it feel he needs to “chill out a bit” in trying to appear “woke.”

The third reason for Survivor viewers slamming host Jeff Probst concerns his comments about past seasons. As one viewer noted, Probst talks as if season 41 “is finally real Survivor and nothing from the past 20 years matters!”

And some fans wondered how players from past seasons feel when Jeff and the current cast “talk ad nauseum about how this is the most difficult season ever.” For instance, past seasons have taken place in locations and seasons with torrential rains. During some episodes in the past, the entire cast appeared “in a bad mood because of the weather, and where people would literally struggle to stand up.”

In contrast, the players this year seem happy and content. And viewers also doubt Jeff’s claims that contestants face life without food or fire. At this point in the game, the contestants should exhibit more signs of those essentials, say viewers.

What do you think about the three reasons some Survivor fans have slammed Jeff Probst? Do you agree? Share your views with us. And then check back on our site for all the Survivor news and updates!