The Bold And The Beautiful Spoilers: Hope Forces Brooke To Face Her Past With Deacon 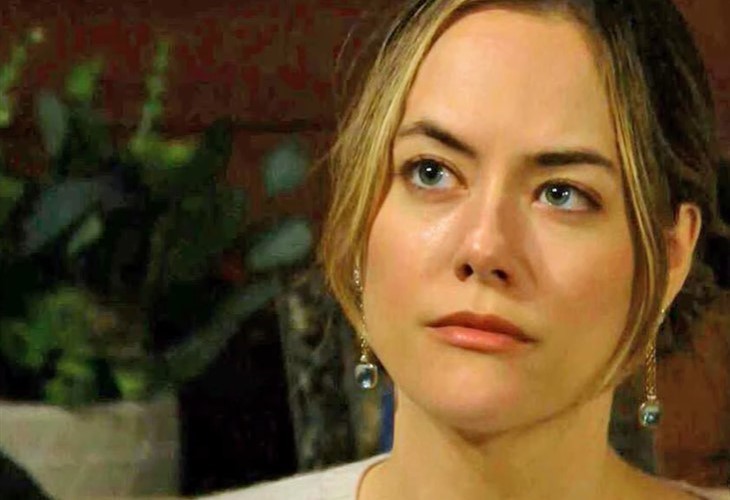 Viewers of The Bold and The Beautiful will recall that Brooke has been very upset with Hope for corresponding with her birth father while he was in prison, let alone inviting him to her home on his first day out! As far as Brooke and the rest of the Logans and Forresters are concerned, Deacon is as bad as Sheila Carter (Kimberlin Brown), even though Deacon’s crimes were nowhere near the scope of Sheila’s! Deacon’s always been a bit of a con man, but he’s never been a psychotic murderer like Sheila.

The closest thing to a murder happened back in Genoa City, Wisconsin when he hit a dead woman over the head with a rock. Deacon had a sexual relationship with a woman named Diane Jenkins (Maura West), who longtime viewers of The Bold and The Beautiful’s sister soap, The Young and The Restless will remember as Kyle Abbott’s (Michael Mealor) mother. He had an affair with Nikki Newman (Melody Thomas Scott ) and it was Nikki who killed Diane. Deacon set about implicating everyone else that hated Diane in order to keep Nikki’s involvement a secret. The truth eventually came out, and Deacon was arrested as an accomplice and sent to prison until he was bailed out, and then returned to Los Angeles.

B&B Spoilers – And Exactly How Was I Conceived, Mother?

Longtime viewers of The Bold and The Beautiful will recall that Deacon was married to Brooke’s daughter with Eric Forrester, (John McCook) Bridget Forrester (Ashley Jones) for a short time. They had eloped to Las Vegas, and all the Forresters found fault with him then too. Deacon was also the birth father of Amber Moore’s (Adrienne Franz) adopted son Eric, and she had worked for Brooke as Rick Forrester (Jacob Young) and Bridget’s babysitter years earlier. When Bridget grew up, Deacon had gotten acquainted with her and they eventually became involved – much to the consternation of Brooke!

While Deacon and Bridget were married, Brooke had an affair with Deacon that produced Hope! Hope claps back at Brooke for her hypocrisy and the horrid act of cheating with her own daughter’s husband at the time – even though granted, it did take two to tangle! Longtime viewers of The Bold and The Beautiful will recall that Brooke’s affair with Deacon while he was married to Bridget wasn’t her finest hour!

Viewers of The Bold and The Beautiful will see Hope continue to call her mother out on her hypocrisy, bringing to her attention that she knows about Brooke’s second fling with Deacon, when he was involved at the same time with Quinn Forrester (Rena Sofer). It would seem that if Quinn has a man, Brooke wants him no matter who it is! Longtime viewers of The Bold and The Beautiful will recall when Brooke texted Deacon to stop by. She had been drinking and explained she was lonely because all the men in her life had left her and she never had to go home without a man to sleep with.

Who Plays Steffy On ‘The Bold And The Beautiful?’https://t.co/ATFRg4xKLh

Deacon assured her she can always turn to him. Deacon had stopped her from drinking and gave her some aspirins and water and left. Brooke responded by putting down the aspirins and drank some more alcohol. Later, Deacon left to grab a bite to eat and ran into Brooke. He sat down with her who was drunk and he carried her to his car and back at the Logan Mansion when Brooke put on a bikini and started prancing around wanting to go in the pool. Deacon resisted at first, but then kissed Brooke. Deacon apologized and left. Hope recalls this to Brooke, and although that fling didn’t make it all the way to the bedroom, she reminds Brooke that Deacon didn’t seem all that bad to her back then!